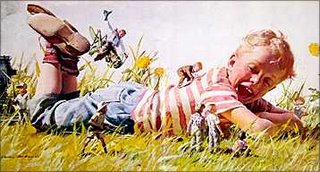 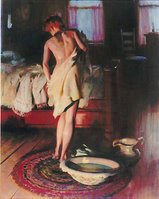 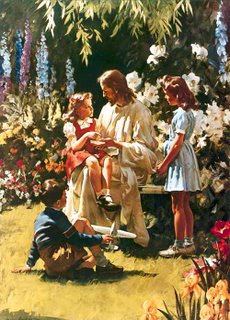 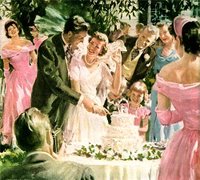 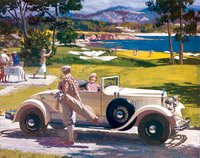 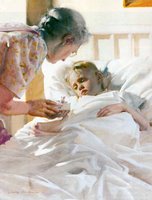 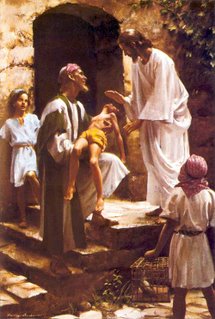 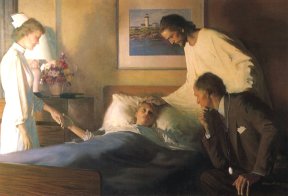 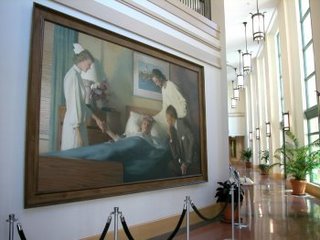 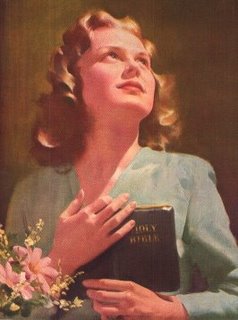 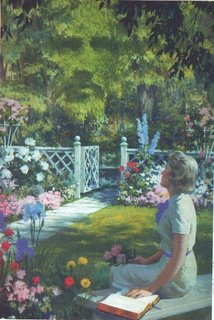 "A Way With Boys" is breathtaking! The way ANderson captured the texture of frail but soft skin on Grandma is amazing!

You're right; it's hard to choose a favorite.

Very nice; thanks for sharing.

Another most enjoyable post. His paintings are wonderful. Only America produced this kind of straightforward honest art in the 20th century.

Harry Anderson's illustrations are indeed beautiful. Thanks for bringing another great artist, whom I previously had never heard of, to my attention.

I wish you would stop trying to educate me.

Beautiful paintings and someone (along with many artists) that I am not familiar with. When I first read "Harry Anderson" I thought of the comedian/actor and I wondered 'why on earth would Benning post about him?'

Unfortunately, BU has a smart-*ss remark for two of the paintings:

2 - "Discovery" - Liberals would have a heyday with this one as the ultimate "image in a bun,"/"image in a paint smudgetype" comment.

Great stuff B, thanks

I think the hardest part about doing Artist posts is stopping! There's usually so much out there that it's tough to find a place to stop.

I did find an awful lot of sites about Harry Anderson the magician and actor. LOL

"A Way With Boys" needed closer inspection. The boy reminds me of MacCauley Culkin. At first I didn't even notice the mouse in the box. Just a delightful picture!

Looking over these again, they really are beautiful...not sure but I'm kind of leaning toward "consultation."

It's a very warming painting.