"Libera is the third 'public' name for the boys' section of an Anglican parish church choir from South London. The boys are between the ages of 7 and 16. Some boys stay longer to help coach the younger children." 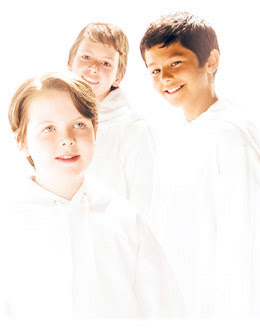 The second "public" name they used was "Angel Voices", and perhaps that is how the general public knows them best. It certainly reflects the sound this choir/boy band produces. And the boys in it don't actually see themselves as members of a choir, but as members of a different sort of band. Heaven knows they're popular, and they get gigs!

How did I come to "discover" them? I was merely lounging on my bed, reading a copy of Paul Johnson's "A History of the American People" (a good read, by the way), and semi-watching the television. I flipped the channel, hit the local PBS station, and rather than find the umpteenth airing of "Celtic Women" or Suze Ormon spending hours talking about money, I saw white robes and heard young voices. And since it 'tis the season, I surmised I would be seeing a church choir performing Christmas Hymns and Carols.

Nope. Whatever I was hearing it wasn't Christmas songs, but sounded a bit like Latin, and then between the last two songs a few of the boys spoke. They addressed the audience - which was in the Netherlands - and you could tell they had done this before. Very professional, these young boys, smiling, clear of voice and word, and giving off just a touch of impish good humor. Perhaps you can see it in the images I've posted.

Well, after all, these are boys, not little Angels, so if they are merely impish then they are probably well-behaved *wink*. And the fact is they were good at this concert. Very, very good indeed!

When the program ended I rolled off the bed and wandered into my living room to hit the computer and find out about this group. First I checked the TV lisitings page on the browser, which lets me know what shows are airing in my locale, found the channel and the time, with the title of the group: Libera, and I was off and surfing.

Naturally, along with a Google search, I checked YouTube where I found quite a few videos of the group, some studio videos and some from concerts. I also found the website of Libera where a number of videos are available for viewing. Of course these videos are not postable, so I headed back to YouTube to find a good one to share with you.

This video is called "Sanctus" and is arranged, I suppose, by the group's director and songwriter Robert Prizeman. This is a Latin Hymn - Catholics may recognize the words, though this Protestant only recognized that it was Latin - and the lyrics are below.

Sanctus is described in Wiki thus:

Sanctus is the Latin word for holy, and is the name of an important hymn of Christian liturgy.

In Western Christianity, the Sanctus is sung (or said) as the last portion of the Preface of the Eucharistic Prayer, the prayer of consecration of the bread and wine. In this setting, the Sanctus immediately follows the preface of the eucharistic prayer. The preface, which alters according to the season, usually concludes with words describing the praise of the worshippers joining with the praise of the angels.
[...]
The text is adapted from Isaiah 6:3, which describes the prophet Isaiah's vision of the throne of God surrounded by six-winged, ministering seraphim. A similar representation may be found in Revelation 4:8. In Jewish liturgy, the aforementioned verse from Isaiah is uttered by the congregation during Kedusha, a prayer said during the cantor's repetition of the Amidah (18 Benedictions).

Although the Sanctus is traditionally set to plainchant, many composers have set it to more complex music. It constitutes a mandatory part of any mass setting. In the eucharistic prayer, the Sanctus is usually followed immediately by the Benedictus.

Amazing, don't you think? No crashing drums and cymbals, no whine of electric guitars, no mumbled lyrics or screaming vocals. Just a hymn to GOD. Sung with beauty, smiles, and a practiced perfection, by boys in white robes - as the one lad said during the concert, "They're good for hiding things, too." - performing for an appreciative audience. 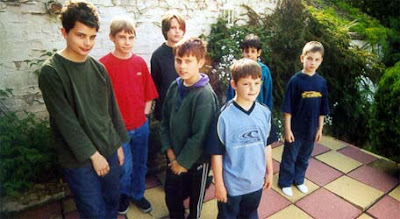 In describing the group’s style, Wiki had this to say:

The musical and visual style of Libera has changed, along with the name, at various points during its history. The distinctive white robes now worn arrived soon after the change of name to Angel Voices. Previously, standard choir robes or normal clothes were worn by the choir. This variety of style has continued, but the white robes have been worn more and more. The music has always been distinctive, even when based on traditional choral music; originally, the music was traditional choral music such as Amazing Grace interspersed with modern music like Orinoco Flow or You Are the New Day. Since becoming Libera, however, the style has become more distinct. Although the choir mostly sings new compositions by Robert Prizeman, who still directs the choir, the new compositions contain elements of Gregorian chant and classical such as Debussy, Beethoven and Pachelbel. The lyrics are either new, as most of the album Free is, or are translations from the Latin text to Christian services, a good example of this being the song Vespera from Luminosa. We are the Lost uses the poems In Flanders Fields by John McCrae and For the Fallen by Laurence Binyon.
Libera added drums and synthesizer and, despite the meanings of some of the songs, is very upbeat, whereas Luminosa is calmer and quieter with a much more reflective mood over all. 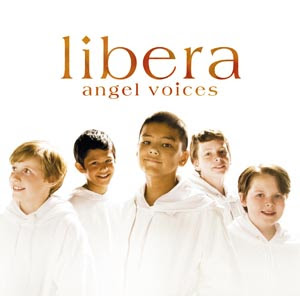 They have recorded CDs, and perhaps have some DVDs of their performances, too, which you can buy if you're so inclined. Had I the shekels to spare I would buy one or more of the CDs. The music really is lovely. Quiet, lyrical, melodious, soothing to the soul.If you’d like to see more, click on the YouTube link above which is the search results page I found, or you can head to Crackle.com for another video of the group. This one is “Stay With Me”. Well worth the visit.

Libera: Angel Voices. A very nice change of pace for the ears and the soul. I recommend them, my friends. Have a great week! 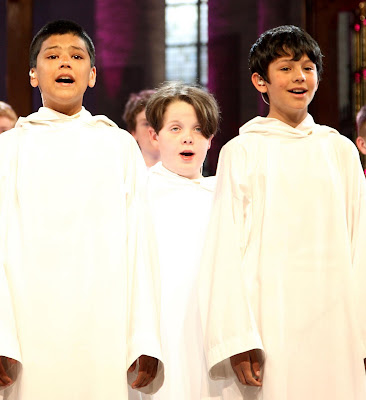 my gosh how simply stunning Benning!

I'll have to get one of their CDs. Whatever else you may say about Anglicans, their church music is the best and for me the most beautiful music in the world is a choir.

A bit OT, but do you know what such talented vocalists go to when the voice starts to deepen?

Some go on to recording careers, so I hear, some move into the Men's Choirs and help the young'uns.

I've known Libera for almost a year now. I found them by accident while I was browsing amazon.com looking for such a classical music, then someting popped out on my screen with their Angel Voices CD, so I decided to listen to it by my curiousity. I believe the first song that I heard is "I Am The Day" sung by Ben Crawley. From that moment I started to like song in addition, I went to their official website and post some comments and checked the videos. I even liked it when I heard "Far Away" sung my Michael Horncastle, I was like wow! I got a goose bumps when I was listening to it. To me their song gives me relaxation, some may even say its a medetation and they're right their angelic voices made me relax and meditate. Until now no matter how many times I play their CD' and DVD's and on my Ipod, I still dont get bored of their songs & I really don't know why. There must be a blessings from god about their songs which people don't really get bored to it eventho I was listening to it hundreds of times now. It's very amazing finding their songs at YOUTUBE I got hear the "Santus" for the first time sung by the soloist Thomas Cully, his high notes where very superb the rendition alone brings shivers on my spine, I feel like I was in heaven and relaxed. Truly an amazing boy band in the world. I can't wait for their U.S concert next year of 2008. So I think thats it for now I said to much info already LOL.

hello from Singapore! i've known Libera for about two years now, and they're the best thing i've ever heard. glad you like their music, and i'm really glad that many Americans have found out about them through the airing of the concert on tv! i have all their CDs, it's really worth the money! you could hint to your friends you'd like them as a gift for Christmas! xD
alright see you!

All of us have our own story about how we "discovered" Libera. Well, a couple of friends had come over for dinner, and after the dessert was served and some washing-up was done, I proposed to go shopping for some music together.

I asked one of the sales clerks at a famous Mexican music store for choral music and there they were.
Although I did not know it when I decided to buy "libera - angel voices", I had heard a little of the group's music before. However, when I listened to the whole CD, I was flabbergasted!

I have always been keen on choral music, and I was for some years a choral singer myself. However, no previous experience had prepared me to listen to Libera. After Sanctus, I was crying and a deep feeling of peace filled me completely. I listened to the CD many times that night, and I did not go to bed until almost six o'clock in the morning, after I had designed a Libera wallpaper for my laptop.

I'm surprised you found this post! Glad you did, though. Sopunds like they made an impact on you. And on others, too.

Thanks for stopping by and commenting!