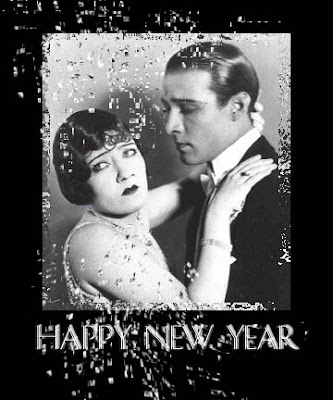 Happy New Year! It’s now 2008, and we have a lot of things ahead of us. We have fights to win, principles to defend, a Nation to cherish and protect.

The elections will come near the end of the year - in November, if you’ve forgotten - and the stakes are high. Yes, we usually think that the stakes are high, but we will need to elect serious people to handle serious problems. If we elect silly people, insincere people, phony people, we are tempting the Fates and may live to regret it. Visitors to this blog know that I support Fred Thompson for the Republican nomination for President, and will support his candidacy for President in the General Election in November. Of all the men and women seeking the highest elective off ice in the country, only Fred Thompson has the principles and gravitas (remember that word, Democrats? Hehehee!), the grounding in Constitutional Principles and Common Sense, to be a fit President in this era.

Expect the Loons of the Left to come out spitting, Folks. You know they will do whatever it takes to destroy whomever is the Republican choice for President. They will lie, distort, fear-monger, cheat to defeat a Conservative candidate. Nothing will be byond the Pale for them. Count on it and be ready. Don’t accept what you read in the Main Stream Media, or hear on Radio and see on Television, as Gospel. Check it out. Do the research. It’s important! More important than this week’s episode of Crappy TV. More important than one more evening at the local Club. More important than anything you can think of.

Because we are not electing a President and a Congress to lead us through a Fantasy Land but a Battlefield. We are beset with Terrorists, Traitors, the dim-witted and the easily-led. The weak-kneed among us will simply go wherever the wind blows, paying no heed to what may be coming. But you, my friends, must be prepared to speak out, with power, on the issues and the personages of the day.

Be prepared to be shouted down, threatened, villified. Be prepared to lose friends, be shunned by family members, be treated as a Neo-Nazi. This is what the Left has wrought in our Nation. Speech is threatened. Our very Liberty is at stake. Nearly every program or issue that the MSM pushes and supports is part of the agenda that seeks to destroy this Nation as it is constituted, and replace it with a Socialist Nanny State. And that Nanny State will not stand up against the Islamofascists, Communists, and all the others who have their hands out for a piece of everybody’s pie.

So enjoy the celebrations of the New Year, the possibilities of greatness and success ahead. And then get to work! We have a whole year ahead of us!

Check out Target Focused Training. Makes for a great gift to those that need it, which given this world, is plenty.

Trouble is that we have one party that lives in fantasy land.

I agree. Thompson is the man for the job.imhjb

For the left, free speech is a one-way street.

Cheers!..heres to a Happy healthy one Benning!