Death Of A Browser 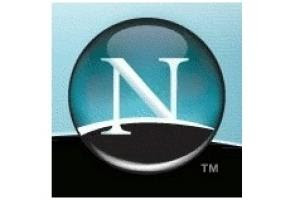 AOL on Friday stopped development of the Netscape browser, saying the respected brand that launched the commercial Internet in 1994 had little chance of ever regaining market share against its archrival Microsoft's Internet Explorer.

The Web portal, which took over Netscape Navigator in the $4.2 billion acquisition of Netscape Communications in 1999, said development on the browser had recently devolved into a "handful of engineers tasked with creating a skinned version of Firefox with a few extensions." Firefox is the open source browser developed by the Mozilla Foundation.

While once commanding 90% of the browser market, Netscape Navigator now accounts for less than 1%, and AOL had no interest in spending what it would take to revive the brand. Instead, the company, which was once a subscriber-supported portal, preferred to spend its resources on its transition into an ad-supported Web business. The change left "little room for the size of investment needed to get the Netscape browser to a point many of its fans expect it to be," Drapeau said.

Instead, AOL said it would leave it to the Mozilla Foundation to do battle against IE. When AOL acquired Netscape, the latter company was working on converting its browser into open source software that was later called Mozilla and became the foundation of Firefox.

I never cared for the Netscape Browser. Once I began making web pages - not long after first going online! - I found it a tad unwieldy. I learned how to "do" HTML by studying the source codes for web pages. Internet Explorer's View/Source opened a text file that I could use to copy parts of the code and see what they did. I never got that kind of usefulness from the Netscape. It was just too much: too much buttons, too much tools, too much ... everything!

Once I found IE too slow for some of the things I wanted to do, I tried out a few other browsers (Netscape got another look, too) and finally settled on Opera. I bought a User license for it, so highly did I think of it, and used it steadily for quite awhile. A few years back I discovered the Avant Browser and now that's my steady browser. And I sent money to its developer, as I had with Opera, to show my appreciation and to keep the free updates coming (Avant remains free, and the creator constantly updates it.) all the while.

So Netscape dying is not going to affect me at all, except to show that you have to keep current, and keep up with the competition. Internet Explorer was small potatoes when it first appeared. But it kept getting better until it overwhelmed Netscape. Yes, MS had a huge power advantage, too, but Netscape developers never quite grasped that the IE browser was more user-friendly, more acceptable to the "Newbies" who were finding the Internet every day. Firefox, Avant, Opera, and others are niche browsers. Nothing more. But they understand where they are in the Big Web Scheme of Things.

Goodbye, Netscape. You were one of the earliest and best. But you outlived your usefulness. Sleep well!

Note: Avant Browser runs on top of the computer's Internet Explorer engine. It is not independent as Firefox and Opera are. Still, I prefer it to IE for blogging, surfing, etc. I recommend it to you!

I'm pretty happy with Firefox and IE, but I'll check into Avant to see if I like it better. Thanks for the tip! I tried Safari, but I really don't like it. I also learned HTML by studying and experimenting with the codes. HTML is pretty self-explanatory and easy to learn.

Happy New Year, Gayle! Have fun and be safe!

I have found Firefox quite satisfactory and sometimes use IE.

The loss of anything like this is kind of sad, but not the end of the world.

Yes, it's sad to see old Netscape go. It was my first browser as well and never cared fro Explorer (but haven't had your experience of working out the HTML code from 'source' which i think is quite heroic). Firefox is most satisfactory and has a huge amount of geeks working on useful plugins and stuff (but I'll take a look at Avant).

Way back then I predicted that DOS would get nowhere (CP/M would win), PC's would fold over to Apple though I had stakes in the only 16 bit Texas Instruments TI-99 systems, and that a mouse was a foolish whim that would soon go a way...

OK, I'll give my support to the GOP now: Hillary will win.

Lots of luck with Harry and his War and Happy New Year!

Since Safari's last upgrade, I find that I don't really use Firefox much anymore.

I use Firefox almost exclusively except when there are pages that insist upon IE. Firefox has a plug-in that allows syncing of bookmarks between computers running Firefox, and since I switch between several different computers, it really works for me.

Have a Happy New Year!

I just updated Internet Explorer; now I've got no HTML capabilities in my web mail.

I think I'll stick with Firefox...