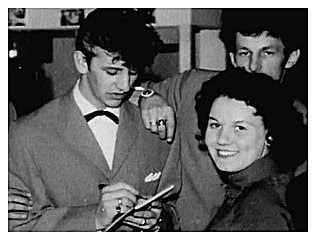 Forty-five years ago one of the most important moments in the history of Rock 'N Roll music took place. A Liverpool, England band, fresh from signing their first recording contract, decided to fire their drummer and replace him with the drummer from one of the rival bands in the area. Pete Best, drummer from 1960, was sacked, and Richard Starkey, the popular drummer from Rory Storm and the Hurricanes, was hired to replace him. We know Mr. Starkey as Ringo Starr. The band? The Beatles. 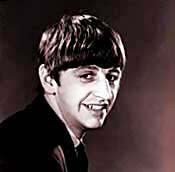 "First and foremost I am a drummer. After that, I'm other things. ...But I didn't play drums to make money. I played drums because I loved them. ...My soul is that of a drummer....It came to where I had to make a decision -- I was going to be a drummer. Everything else goes now. I play drums. It was a conscious moment in my life when I said the rest of things were getting in the way. I didn't do it to be come rich and famous, I did it because it was the love of my life." Ringo Starr ~ quoted in The Big Beat by Max Weinberg(1984) 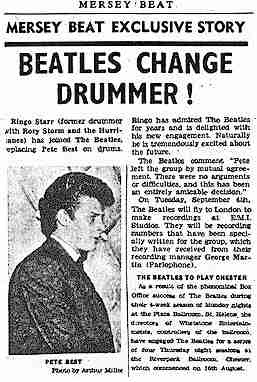 Less than a year before Ringo had played with the Beatles at the Cavern Club, replacing an ailing Pete Best. He already knew the Beatles well, having played on some of the same bills in Hamburg, Germany, while a member of the Hurricanes. But the Hurricanes were going nowhere, having pretty much reached the peak of their popularity and creativity. So Ringo was looking for something better.

Pete Best, though, had something of a rabid following among Beatles fans. A rather vocal following. Playing their first show at the Cavern Club following the firing of Pete Best, his fans in the audience took up chanting, "Pete Best Forever, Ringo Never!" And they weren't only vocal. Lead guitarist George Harrison received a black eye that night from an angry Pete Best fan.

Pete Best still thinks he got a raw deal and Ringo Starr merely stepped into a sweet deal. As a drummer ... I think Mr. Best was a good baker's assistant.

Although several odd theories have surfaced over the years about the "real" reason for Best's ouster (Paul was jealous of Best's James Dean looks, John and Paul thought he was too popular, and so on), some seem to make the most sense and are accepted by Beatles fans as official. The Beatles' famous mop-top hair style was created in Hamburg, Germany, and was a bit of a hit. But Best refused to cut his hair that way. He continued to wear his hair in a pompadour and DA. Poorest styling decision in recording history, I think.

Also, the producer assigned to the Beatles, by EMI - George Martin - didn't think Pete Best was much of a drummer. In fact, as he has said often, and the Beatles themselves repeated, Martin told manager Brian Epstein that they could keep Best for public appearances, but he would not play on any recordings. Yes, Best was that bad. A pedestrian drummer at "best"! 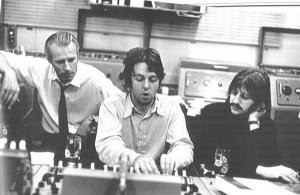 "Ringo always got and still gets a unique sound out of his drums, as sound as distinctive as his voice. ... Ringo gets a looser deeper sound out of his drums that is unique. ...This detailed attention to the tone of his drums is one of the reasons for Ringo's brilliance. Another is that although Ringo does not keep time with a metronome accuracy, he has unrivaled feel for a song. If his timing fluctuates, it invariably does so in the right place at the right time, keep the right atmosphere going on the track and give it a rock solid foundation. This held true for every single Beatles number Richie played ... Ringo also was a great tom tom player." ~ George Martin, 1994

Ringo Starr became the "nice" Beatle, the "fun" Beatle, the least dangerous Beatle. He also became a drumming icon for many young rockers. He was self-taught at the drums, so never learned the traditional way of holding drum sticks. He held them the same in both hands, which he found added drive to the rock beat. He wasn't the first, probably, to do that, but he was the first real Rock 'N Roll drummer. Everybody else followed him. Rather than play the upbeat as so many drummers did at the time, Ringo played the downbeat - a back beat - that was easier for the others to hear and follow. Some critics complained that he didn't keep metronomic time, but he started and finished where he was supposed to,a nd was inventive in his play while never trying to overshadow his band-mates. The ego the other Beatles had in spades, Ringo never really had. 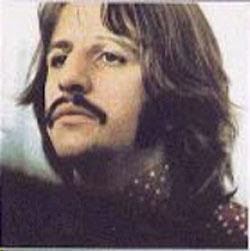 "I consider him one of the greatest innovators of rock drumming and believe that he has been one of the greatest influences on rock drumming today... Ringo has influenced drummers more than they will ever realize or admit. Ringo laid down the fundamental rock beat that drummers are playing today and they probably don't even realize it. (Modern Drummer,Oct. 1987) . . Ringo always approached the song more like a songwriter than a drummer. He always served the music." (Modern Drummer, Dec. 1987) ~ Kenny Arnoff

According to Phil Collins, Ringo is "vastly underrated. The drum fills on "A Day In The Life" are very complex things. You could take a great drummer today and say, 'I want it like that.' They wouldn't know what to do."

Spending most of his childhood moving in and out of hospitals, where he learned to play the drums, Starr's health slowly improved, and as a teenager he played the English holiday camps known as Butlins. Here, he developed the eclectic skills and diverse musical knowledge that would serve him well in years to come. Playing in various "beat" groups of late-'50s Liverpool, Starkey, using the show name Ringo Starr (due to his penchant for gaudy rings) became a local favorite with the band, Rory Storm & the Hurricanes. 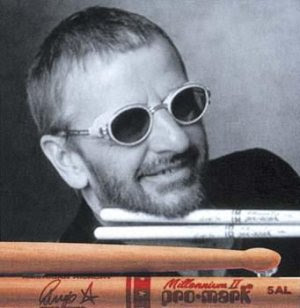 “Ultimately what’s most impressive about Ringo Starr isn’t what he’s been, but rather who he is,” wrote Rolling Stone rock critic David Wild. “The man’s great heart and soul, his wit and wisdom.”

"When we first started, they basically went John and Paul's way because they were the writers and they would say, "This is the song," and I would play as creatively as I could. Sometimes I would have three people telling me how to do it. They were saying playing this like on that track. I'm saying, "For Christ's sake, there are two drummers there." They could never hear that, you know. You'd have to have four arms to do half the stuff they wanted me to do." Ringo Starr ~ from an interview in Viva magazine (1978) 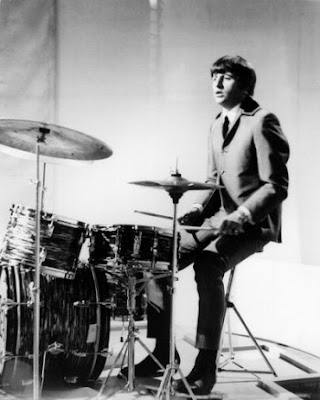 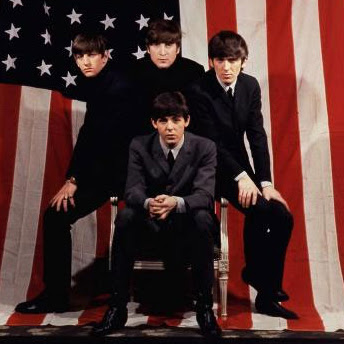 Email ThisBlogThis!Share to TwitterShare to FacebookShare to Pinterest
Labels: Artists, Opinion, Stuff and Such

When the Beatles were popular I never really payed any attention to them. Same thing with Elvis. I was a square who only liked older music. Still am, so now I like Elvis and the Beatles too. Go figure!

I grew to appreciate Elvis over the years, but was a Beatles fan a long, long time. After the breakup I would buy their solo albums as soon as they came out.

Of course I like Sinatra and Dean Martin, Big Band and old standards, Country (Cash!), and Classical. Comes from my folks tastes in music, I suppose. ;-)

I always liked Ringo...and still do.

His movie "Caveman" is a classic!

What about "Magic Christian"? How can you top that lunacy?