While we shake our heads at yet another prominent Republican involved in a tawdry scandal - Idaho Senator Larry Craig - another oddity surfaced involving, no, not a Republican, but a Democrat. Michael Duga, erstwhile Chief of Staff to former Georgia Senator Max Cleland, was arrested following some rather bizarre behavior of his own. I'm sure the major media will keep us all abreast of developements on this story, being unbiased and all that, but just in case they slip up ...

Mr. Duga showed up at a John Edwards fundraiser on Martha's Vineyard - two Americas, eh, John? - identifying himself as an aide to Cleland to gain access, and then the fun began.

Once inside, he purported to be a top official for the Edwards campaign to some while representing himself as a paying guests to others. According to Mr. MacDonald, the host of the event, Mr. Duga was neither.

"Let me say that Mr. Duga is not - nor has he ever - been affiliated with the Edwards campaign . . . as far as I know he knew nobody at the event, and nobody there knew him," Mr. MacDonald said.

During the party, Mr. Duga slipped into a back room at the MacDonald home and stole a package of Edwards campaign material as well as a bundle of the former U.S. senator's personal stationery. According to one guest who asked not to be identified, Mr. Duga approached several people during the fundraiser and asked if they could help him arrange a private meeting with Mr. Edwards and his wife Elizabeth.

"He really seemed a bit off . . . at one point he pushed his way through the audience just to sit at a table next to Mr. Edwards," the guest said.
~ Martha's Vineyard Gazette

Now, if he was trying to embarrass the Edwards campaign, something Edwards himself is quite capable of, Duga was already in left field. But right now, I think, nobody is really sure what his purpose was.

Mr. Duga's appearance at the fundraiser was only part of his bizarre behavior over the weekend. Although police are not sure when Mr. Duga arrived on the Island, they believe he rented a room in a bed and breakfast in Aquinnah where he asked another guest if he could borrow their vehicle to find better cell phone service.

Mr. Duga then reportedly drove the vehicle, a Chevy Suburban, to the Edwards fundraiser where he worked most of the night at the front table where people purchased tickets. Toward the end of the fundraiser, Mr. Duga reportedly tried to stop a photographer from taking pictures of Mr. and Mrs. Edwards.

According to the police report, Mr. Duga got a ride to the airport with the Edwards party after the event, although he missed the flight to the next campaign stop.

Instead, Mr. Duga spent the night on the Island, and was next spotted Saturday around 8 a.m. when the Menemsha Coast Guard Station called Chilmark police to report a suspicious person on their property. Coast Guard officials later told police Mr. Duga was looking through paperwork and made some telephone calls from the Coast Guard boat house without permission.

When police arrived and questioned Mr. Duga, he said he was on official business and was currently volunteering for the Edwards campaign.

"Mr. Duga was asking many questions and was using military style jargon with lots of acronyms," the report said. "His eyes were glossy and red; his hair was messed up and he had a white substance that appeared to be toothpaste on his lips and chin . . . he appeared to be intoxicated."

A portable breathalyzer test on Mr. Duga, however, revealed that his blood alcohol content was zero.

When police asked Mr. Duga what he was doing on U.S. Coast Guard property, he said he was bringing provisions to the officers, and pointed to a paper bag containing a sandwich and a soda. He then said he wished to speak to the U.S. Coast Guard commander to notify him of the 27 security deficiencies he had observed.
~ Martha's Vineyard Gazette 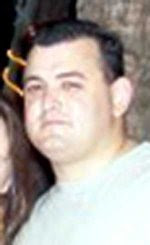 What's the point, you ask? Well, some of you have an idea where I'm heading with this. This isn't simply the recitation of some unfortunate possibly-drug-addled fool crashing a political fundraiser. Duga may be just that. Where's the press coverage? Where are the blaring headlines? Had this clown been an aide to a former Republican Senator, do you think for a moment we would not be hearing this all over the airwaves? Wouldn't the press be trumpeting this to the heavens, with cogent analysis on what makes Right Wingers do these kinds of things? Hmmm?

Democrats, by the way, have been engaging in campaign shenanigans for a long time, beyond pulling down the signs of opponents. Showing up at an appearance of an opponent and trying to create an embarrassing media moment is the modus operandi of the Leftist fringe. All they hope for is massive coverage and to be attacked by an overzealous supporter so they can whine about suppression of their Free Speech rights (which they want to deny to those with whom they disagree). Duga's day at the beach sounds to me exactly like a page out of the Fringe Leftist Playbook. But somehow he screwed up.

Now, is this an indication that Max Cleland knew what was going on? No. That he approved of Duga's bizarre meanderings? No, not at all. But you do have to wonder about the judgement of a former US Senator in the hiring of his aides. Who vetted this whacko?

Seems Duga has a bit of a criminal history.

Oak Bluffs police had run Mr. Duga's information the previous evening. They also learned he had an extensive criminal background in Florida, where he had been charged with possession and sale of narcotics as well as carjacking.
~ Martha's Vineyard Gazette

Now we all know this is the type of person the fringe Dems like to use to go house-to-house, drumming up phony voter registrations. But he's not the type for most to choose as an aide. Yet, Max Cleland saw something in him.

Duga grew up in Coral Springs, his mother a doctor, his father a businessman. He graduated from Taravella in 1994 and went on to study political science at Ohio State, according to acquaintances and his former girlfriend, Melissa Sullivan.

Although Duga later graduated from Georgetown University's School of Law, he never went on to practice law, Sullivan said. Instead, he criss-crossed the country on various political campaigns. And he later worked as a political consultant.

Most recently, Duga served as top aide to Max Cleland, a former U.S. senator from Georgia and one-time chief of the U.S. Veterans Administration. A decorated veteran who suffered devastating wounds in Vietnam, Cleland lost his seat in a brutally contentious 2002 campaign.

''He's a very charming person,'' said Sullivan of Duga. ``He knows how to play the game of politics.''
~ Miami Herald

Yes, indeed! Very charming! Perhaps that's why this isn't being played for all its worth by the MSM. Of course some twits on the Left claims he's a Right Winger.

Duga is just another Right wing nutcase on the loose. Here’s better details on this whacko’s behavior that the AJC won’t elaborate on:
~ From the Atlanta Urinal and Constipation

And he links to the Martha's Vineyard Gazette story. Riiiiight.

Cleland has suspended his aide. The Media will tiptoe lightly around this until the next Republican foul-up. And American voters will remain in the dark as to standard operating procedures for reportage by the American Press.

you know that if wasn't for the Donks making so much hay of Mr. Craig, this wouldn't even warrant comment. Both parties have their losers. One party tries to get rid of theirs, the other defends them.

Or tries to pawn them off! Thanks for stopping by, Shoprat. :D

What a bunch of losers!

You're absolutely right, Benning. I don't miss much and I haven't heard anything about this before reading your post. GRRRR!