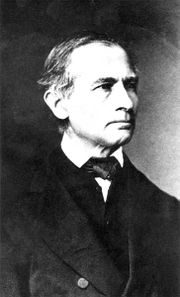 In 1845, a German Astronomer sent a copy of his Ph.D. thesis to the French Mathemetician, Urbain Jean Joseph Le Verrier. Johann Gottfried Galle had written his thesis as a discussion of Danish astronomer Ole Rømer's observation of meridian transits of stars and planets on the days from October 20 to October 23, 1706. Yeah, this was heavy stuff, and interesting to Astronomers, and as Galle hoped, to mathemetician's too. Le Verrier answered Galle's letter months later, on September 18, 1846. Galle received it on September 23, 1846.

So what did the French mathemetician say in response to the German astronomer's letter and thesis? Le Verrier asked Galle to look at a certain region of sky to find a predicted new planet, which would explain the perturbations (variations in a designated orbit, as of a planet, resulting from the influence of one or more external bodies) of Uranus. Galle had worked at the Berlin Observatory since it's completion in 1831, working as an assistant to the famed Astronomer, Johann Franz Encke. Galle showed the letter to him, and Encke, against his better judgment gave Galle the go-ahead. 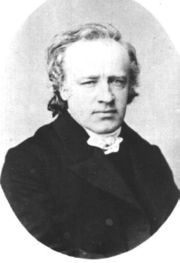 So the very same night, after receiving that letter and request from Le Verrier, Galle and his own assistant, Heinrich Louis d' Arrest, began their search. d'Arrest suggested that a recently drawn chart of the sky, in the region of Le Verrier's predicted location, could be compared with the current sky to seek the displacement characteristic of a planet, as opposed to a fixed star. With Galle at the eyepiece of the great telescope, and d’Arrest reading the chart, they scanned the sky and checked that each star seen was actually on the chart. Just a few minutes after their search began, d’Arrest cried out, “That star is not on the map!”

Galle and d' Arrest had become the first to look at and recognize the newest planet. They had found the last of the great Gas Giants, Neptune. Over the next two days of observations the finding was confirmed. The Solar System now had eight planets! And it happened on September 23rd, one hundred and sixty years ago.

Saturn with her clouds
Posted by benning at 10:39 PM

Am I the only one having trouble with the display of your blog? The actual posts begin below all the stuff in the sidebar. I've had this kind of problem with WordPress and it is usually caused by hidden formatting in a post. I finally learned NOT to use Word or other word processors to write my posts. Instead I use a text editor like notepad.

I'm not sure if that's the problem or if it's just me. I'm using Avant Browser, which I think you also use.

Ron:
I have the same problem with the display.

Ron: I do use Avant. I also use notepad to write my posts. Maybe your screen resolution is too low. I dunno. I know the preview always puts the post below the sidebar. I learned to ignore that.

Have you tried the firefox or Opera browsers?

Oh, and Firefox loads fast. I have a Wordpress blog and it loads really quickly.

My resolution is 1280 x 800 so I don't think that's the problem. I have used Opera and Firefox but I am loath to give up Avant Browser. It is just too good.

I think the problem may be that you center all your text instead of left justifying it. I could be wrong. Either way I'll keep reading.

I'll check that out this afternoon, Ron.

OK..that was worth getting to the end. They use similar physics/mathematics to pinpoint black holes in the universe, since they can't be seen.

Your display is fine on Safari and Firefox.

Benning, you are a great writer, Sir. And I mean that. My Dad always told me to write as if you were sitting there having a conversation with the listener. You don't jump through hoops, try to perform clever word tricks or antics ...you just "talk". It's great. And your subjects are unique and interesting. Just a consistently excellent job.

I am seeing the same layout problems as described by others and agree with Ron that it may simply need left justification. But, I will keep reading your blog even if I have to hold the damn monitor upside down to do it!

It is now displaying correctly!

I spoke too soon. It displays correctly as an individual post but not as the whole blog. Oh well.