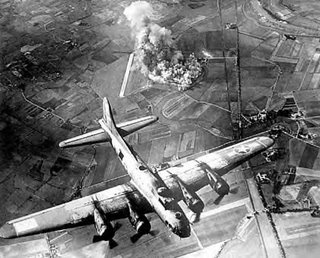 Michael Medved, at Townhall.com, writes about the folly of seeking proportional damage in War. His article, Why seek "proportional" warfare? calmly tears apart the absolutely bankrupt idea that those attacked should only inflict the same amount of damage and casualties on the aggressor. In doing so, he notes,

"These critics of current conflicts, however, rarely refer to the example of World War II; surely one of the most outrageously disproportional conflicts in all human history. The Japanese attacked Pearl Harbor and killed 3,000 Americans, virtually all of them military personnel; in the US response, some 3 million Japanese lost their lives, more than 500,000 of them civilians. In their surprise attack on Hawaii, the Japanese easily could have devastated the unprotected population of Honolulu but they pointedly avoided doing so, while the United States ended the war with atomic attacks on Hiroshima and Nagasaki that claimed mostly civilians, as well as the even more devastating fire-bombing of Tokyo (that destroyed sixteen square miles of the city, with one fourth of its buildings, leaving at least 100,000 dead and more than a million homeless). By contrast, the Japanese never succeeded in inflicting any civilian casualties on American victims on American soil. The comparative death toll of noncombatantss on native ground, in other words, stands at 500,000 to zero." 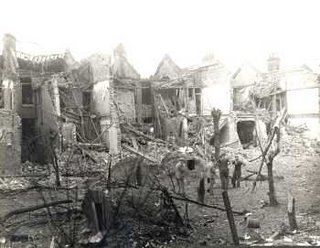 The appalling carnage of World War Two was the direct result of the use of overwhelming force to bring the aggressors to their knees. Negotiated settlements may work in local conflicts between rational opponents, but they are suicidal between opposing ideologies. One needs only look at the negotiated Peace of Versailles, ending World War One, that led directly to World War Two. The Imperialist, and Expansionist, aims of Germany under Kaiser Wilhelm, was in direct counter-point to the Western Alliance of England, France, and later the United States of America.

Germany was devastated, but England and France were no better off at the time of the Armistice. Yet, Germany was not utterly defeated. Instead it negotiated a Peace; a peace that held only until 1939. Why? Because the German people, Nazi or no, regarded the Treaty of Versailles as a betrayal of Germany rather than a defeat of its aims and its ideology. Thus Germany remained an Imperial, Expansionist land, now seething with anger and resentment.

Had the Allied Powers advanced into Germany, as they would do 27 years later, and defeated the Germans utterly, perhaps the Second World War would never have been fought. The devastation of "The Great War" was tremendous, and never once involved 'proportional' damage or casualties. The idea was to bleed the Germans white.

Move on to the Second World War and we see the silliness of 'proportional' War. There was none. And the Left had nothing to say after the Soviets were invaded by the Nazi German Army. The Germans practiced Total War. The Soviets did the same. Once the United States entered the War we did the same. Total War. Bring the enemy to its knees. Unconditional Surrender was the only choice given to Nazi Germany, Fascist Italy, and Imperial Japan. And the Allies and their Axis enemies fought with everything they had. And that included the race to develop an Atomic Weapon.

What was the result of total war in Europe and Asia? The total defeat of the aggressors, unconditional surrender, and the astonishing devastation of the Warring nations, as well as the Occupied nations. Only the United States and a few others escaped the horrors of War on their own territory.

Proportional? No. Who would have been so insane or suicidal as to demand no Civilian casualties? Who would have balked at the firebombing of Tokyo and Dresden? What was the point of those attacks? To bring the Germans and Japanese to their knees. 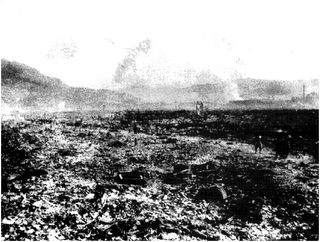 And it worked. Incremental War - proportional war - would have the left the world fighting for more years than it did. Instead the Allies fought from 1940 (after the 'Phony War') until 1945. Millions of civilians died. But the aggressors lost. They surrendered unconditionally. And the next global menace began its grasping for world domination.

If the United States and Israel succumb to the "folly" of proportional conflict we will be destroyed by the enemies of Freedom. If you doubt it, you have no understanding of History, nor of Human Nature.

Read Medved's article, and see what you think. I think it's a great piece of writing.
Posted by benning at 11:57 AM

My nose starts bleeding every time I hear "disproportionate response." Duh... The POINT of war is to utterly defeat your enemy.

Tit for tat doesn't work, and only a touchy-feely leftard would suggest it.

Good post. You're not going to win a war by worrying about disproportionate responses. Believe me, the Japanese made up for their lack of killing American civilians by their brutal killing of Chinese civilians.