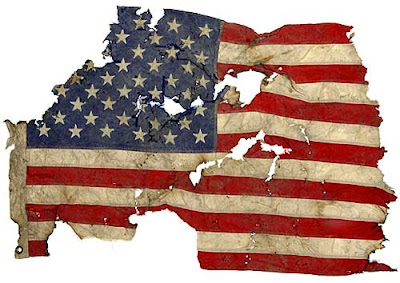 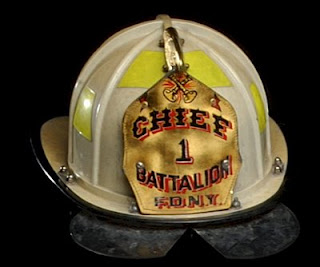 Seven years ago, today. Have you forgotten? Do you dare forget? 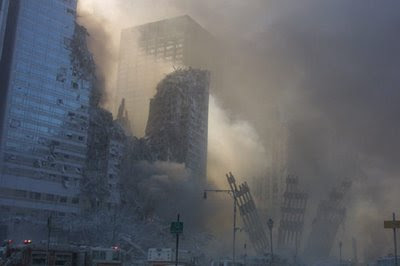 The World Trade Center, the Pentagon, a field in Pennsylvania. Islamist fanatics brought their ugly, savage, inhuman practices to the United States of America. We've been fighting them ever since, in one place or another; in one way or another. Have you forgotten? 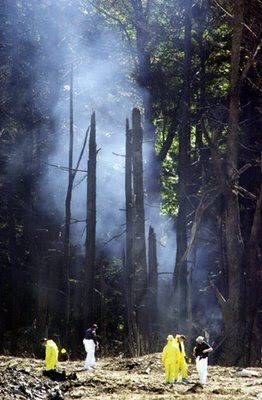 From Patrick comes this poem by an unknown author:

On Monday we emailed jokes

On Monday we emailed jokes.
On Tuesday we did not.

On Monday we thought that we were secure.
On Tuesday we learned better.

On Monday we were talking about heroes as being athletes.
On Tuesday we relearned who our heroes are.

On Monday we were irritated that our rebate checks had not arrived.
On Tuesday we gave money away to people we had never met.

On Monday there were people fighting against praying in schools.
On Tuesday you would have been hard pressed to find a school where someone was not praying.

On Monday people argued with their kids about picking up their room.
On Tuesday the same people could not get home fast enough to hug their kids.

On Monday people were upset that they had to wait 6 minutes in a fast food drive through line.
On Tuesday people didn't care about waiting up to 6 hours to give blood for the dying.

On Monday there were people trying to separate each other by race, sex, color and creed.
On Tuesday they were all holding hands.

On Monday we were men or women, black or white, old or young, rich or poor, gay or straight, Christian or non-Christian.
On Tuesday we were Americans.

On Monday the President was going to Florida to read to children.
On Tuesday he returned to Washington to protect our children.

On Monday we had families.
On Tuesday we had orphans.

On Monday people went to work as usual,
On Tuesday they died.

On Monday people were fighting the 10 commandments on government property.
On Tuesday the same people all said 'God help us all' while thinking 'Thou shall not kill'.

It is sadly ironic how it takes horrific events to place things into perspective, but it has. The lessons learned this week, the things we have taken for granted, the things that have been forgotten or overlooked, hopefully will never be forgotten again.

He has more. Visit him. AOW remebers, as does Victoria, and Bookworm. The Anchoress gives her thoughts. Chris Muir remembers.

Pejman Yousefzadeh posts "Seven Years" over at Red State. Jay Tea, and Lorie Byrd, at Wizbang, give thier thoughts.

I had a hunch that you'd picked that poem.

An excellent addition to memorialize and immortalize the day of infamy.

Benning, thank you so much for posting that poem, alongside those evocative photos.

To all who died and to all who serve today, to prevent us from dying an equally awful fate, we remember.

Ah, Benning... Your staunch, reliable, somber regard for the memories of the innocent we lost are such a reassurance to behold. (But I would never anticipate anything less from you...) I have been to several sites today who seem to be hell bent on down playing this very saddest of our anniversaries. They want it to be regarded as "just history".

There are a strong number of us who will simply never allow that to happen. Nor will we forget the implications of those animals to our long term stability if they are allowed to continue unchecked. We must always be consistent in taking the fight to them, rather than waiting for them to hit us... and trying to respond effectively as an after thought.

I thank you for your true and sincere patriotism, Sir. Let the lefties denigrate it... they mean less than nothing.

That was the last time it was "politically correct" to show American patriotism. And that really annoys me when every other citizen of every other country can talk affectionately about their homeland, but when we do it, we're called boorish and ethnocentric.

Thanks for the poem, Benning.

Sisiggy: I only pinch from the best! I agree ... the elite think it's in bad taste to be proud of America. Me, I think it tastes great!

DI: I've only visited the ones I know are Americans first. Maybe I'm a snob. That's why I visited yours! And it was solid, DI!

Shoprat: Thanks for stopping by. Glad the news about Dad is getting better!

Patrick: How did you know? Am I getting that readable?

beautiful tribute..just got home from Ground Zero..will post about it soon. Blessings.:)

Benning, you are one of the few folks in existence that can make me tear up.

We shall NEVER forget.

To think that I almost missed this wonderful post!

That flag really brings it all back as fresh as yesterday, doesn't it? It's also representative of the way things are today. Take a good look at it: East coast gone (liberals), upper west coast also liberal, lower west coast being chipped away, and the southern border being invaded by illegal aliens. Nothing really intact but the middle and even that has a few holes in it. Scary!

Gayle: Y'know, I had not thought of that aspect of that image. Wow!

Angel: We never shall!

My life has certainly changed since 9/11. Talk about a wake-up call!