Chris Muir gave us this great comic for the day. Do you remember "Heart"?:

Click here for a bigger image. Feel free to donate to keep Day By Day going!

Also ... Weasel had this to say about Sarah Palin and the Leftist MSM:

Okay, here’s what I don’t get. The moment I heard Sarah Palin was the nominee last week, I did what every self-respecting card-carrying noun-hyphen-adverb does in 2008 — I ran right to Google and plugged her in. I read up on her, old and new. Pro and con. Then I did a Google Images search and gave her the hairy eyeball. I wanted to hear her speak, so I watched footage of a debate performance in the Alaska gubenatorial race. I spent maybe an hour at it, and then I pretty much made up my mind.

So how the hell could our mainstream media be caught so flat-footed by her performance? We know they read D-KOS, because they helped spread that stupid lying trash about Trig Palin. So, like, we know they have computers with internet. How could they POSSIBLY not read a little news while they’re at it? (You know what this means: other than the echo chamber of the op/ed pages, they don’t consume their own product. No wonder it’s such shite).

You have to read this! Warning: Weasel writes with naughty words, too. But read it! He nails the MSM to their own booger-encrusted wall!

Note: Don't miss The Anchoress' round up, nor her live-blogging of Palin's speech. The Anchoress, as always, is spot on! Donate to her, too! She can use the help to keep her blog going.

Also, Hawaii Governor Linda Lingle spoke at the Convention. She didn't make a great speech, but it was worth listening to. And she did have this enjoyable line:

I find it especially amusing that the other party says Governor Palin lacks experience when their own candidates for president and vice president ... have NO executive experience ... ZERO! Neither Senator Obama nor Senator Biden has ever managed a multi-billion-dollar budget, or been a chief executive of any city ... or state, of any size ... or of anything for that matter.

Which gave me the inspiration to make this banner: 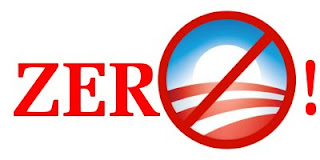 Thanks for the links, Benning. I will check them out! :)

Palin knocked it out of the park!

She could take on Obama without McCain, I think!

I knew about Gov. Palin before most Americans, especially since I visited Alaska this Summer.

Of course, I know about a lot of things before most Americans, but that's just me...

You're quite the artist...as well as a writer of historical fiction!