The Women of Windsor 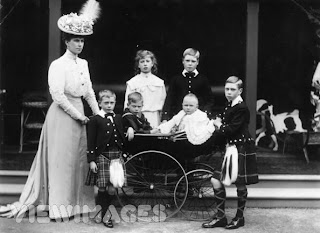 The Princess Mary with her mother, the future Queen Mary,

stands next to her brother Edward. Albert - future King George VI - is at far right. 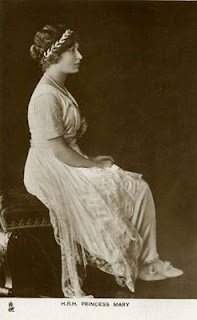 I was watching a PBS showing about the Windsors - the British Royal Family - and I was reminded again that the modern press seems to delight in describing these people as rather homely. Horse-faced seemed to be the favorite description, especially regarding Prince Charles and Princess Anne. As I watched the program I saw a brief glimpse of the Princess Royal , Mary, daughter of King George V, and his wife Queen Mary. She was the couple's only daughter. Two of her brothers would become Kings: Edward VIII, then George VI. She live a long life, passing away in 1965. 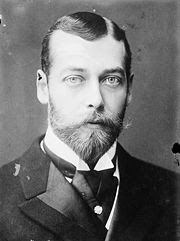 The Windsor men seem to carry the same narrow skull. It makes for a long face and, reinforced by the Mountbatten genes - think Prince Phillip - left poor Prince Charlie with that famous long face. His ears simply add to the overall look. Unfortunately Princess Anne also received the narrow skull of her father, grandfather - King George VI, and great-grandfather George V. Anne also seemed to favor hairstyles that did nothing to take the eye from the narrownees of her face.

But looking at the other women of the family it's actually quite striking how handsome many of these women are/were. Images of Elizabeth II in her youth and early years show a very pretty woman. Her sister Margaret was a beauty in her time. 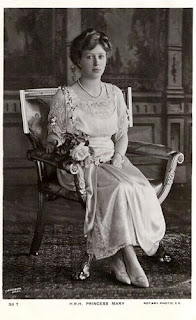 So who was this very first of the Windsor women? The first daughter of the man who chose to take the family name Windsor instead of the German family names of Saxe-Coburg and Gotha?

Born in 1897 to the Duke and Duchess of York, Victoria Alexandra Alice Mary, her great-grand-mother, Queen Victoria, then celebrating her Diamond Jubilee, called the baby, "My dear little Jubilee baby". She was the third child to the future King George, after Prince Edward and Prince Albert (later George VI).

Princess Mary was educated by governesses, but shared some lessons with her brothers, Prince Edward (later Edward VIII), Prince Albert (later George VI), and Prince Henry (later Duke of Gloucester). She became fluent in German and French and developed a life-long interest in horses and horse racing. Her first state appearance was at the coronation of her parents at Westminster Abbey on 11 June 1911. 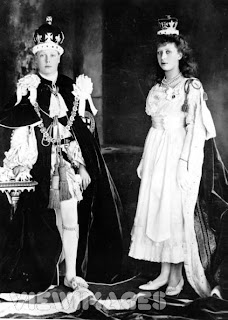 With the outbreak of the Great War in August 1914, Princess Mary, like the rest of her family, went to work. The Royals became a rallying point for the British people, despite growing mumurs of discontent. The family, decscended from the royalty of Germany, was nonetheless completely British. But the family name became a bone of contention. Told that some of the people were saying he was a German, an alien, George replied, “I may be uninspiring, but I'll be damned if I'm an alien!” Thus he abandoned the family's germanic name and adopted the name suggested by an aide: Windsor.

Princess Mary was extremely shy but she was her father's favorite child. Cooking was a favorite pastime and she enjoyed working the model dairy that her grandmother Queen Alexandra had set up at Sandringham, milking the cows, churning the milk, and making little pats of butter for her father's breakfast. She had her own school room, sharing her lessons with the younger daughters of the Duke of Devonshire. She studied piano and singing and shared drill classes with her brothers. Quick and intelligent, she was an excellent rider, and a good linguist, fluent in French and German. 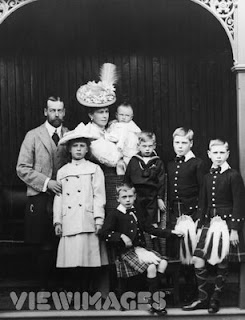 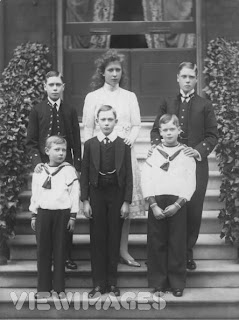 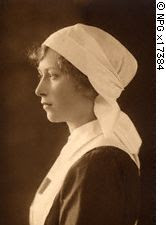 During the First World War she was active in welfare organizations, particularily involved in projects to provide comfort to troops. This concern led to the creation of the Princess Mary gift box which was sent out to troops in Christmas 1914. These boxes contained one ounce of pipe tobacco, twenty cigarettes, a pipe, a tinder lighter, a Christmas card from the King and Queen and a photograph of Princess Mary. Non-smokers received a box containing a packet of acid tablets, a khaki writing case containing pencil, paper and envelopes together with the Christmas card and photograph. Princess Mary also took a nursing course and in 1918 went to work at the Great Ormond Street Hospital. 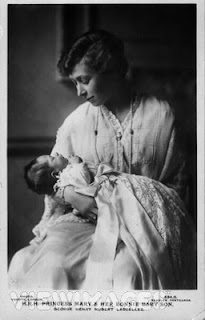 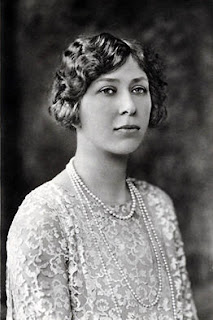 In 1922 she married Henry, Viscount Lascelles, a man 15 years her senior at Wesminster Abbey. At first they made their home at Goldsborough Hall, near Knaresborough. Seven years after their wedding, Lord Lascelles succeeded his father as the sixth Earl of Harewood and they moved into Harewood House. Princess Mary loved Yorkshire and she was known as the 'Yorkshire Princess'. They had two sons, George the present Earl of Harewood, born in 1922 and Gerald born in 1923. 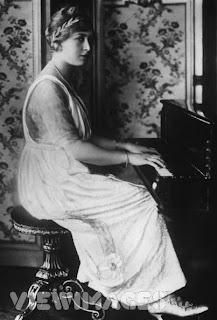 Follow the links to learn more about this woman, the first daughter of the first Windsors. A woman of real substance, dignity, devotion. And quite the handsome lass, as well. Princess Di was not the first lovely lady in the British Royal family of Windsors. The Princess Mary, Princess Royal and Countess of Harewood was that lady.

The Princess Mary, Princess Royal and Countess of Harewood at Google

I suppose I should not be surprised by this post since you're a history scholar. The Saxe Coburg Hohenzollern Battenberg aka Mountbatten Windsor women were handsome but the men all seemed to be chinless wonders. Maybe it's because a long face and small chin suits females but not males.

A woman of real substance, dignity, devotion. ..where are those women Benning?..nice post!

That was quite interesting as I love history but haven't really read much about the Windsors.

I think it's very cruel of the press to point out that they are "horse-faced". It's not like people get to pick out what they're going to look like before they are born. This society is far too looks conscious! Far more stock should be put in a person's character instead of a person's looks.

A lot of journalists and historians can't bring themselves to praise Royalty. Many of them were praiseworthy, and when they do their jobs they can make a big difference. Queen Victoria was mocked as a puritanical prude, but look what she did with the British Empire and its culture. Even in a Constitutional monarchy the person on the throne could make a big difference.

But you'll notice the Princes, William and Harry, both have the narrow heads of the Windsor men.

You are right, Benning. The press just loves to get down and dirty.

I suppose it's easy to pick on dead royalty.