It’s odd how, when you’re working, and sort of going on automatic, you do things to occupy your mind. Since my only reason for being at work at 4 in the morning is to strip and wax an aisle each day, something I’ve been doing for thirty years - floor work, that is, not going in to the WalMart! - there are a few things I do as I perform the duties. For years, since I began writing, one of those things was to imagine scenes in whatever story I was struggling through, and work out the dialogue. Which means speaking the dialogue, out loud.

Needless to say, this can cause odd looks from people who hear you. The folks I worked with at the Seminole Casino understood that I was writing a book and grew used to my mumblings and such. 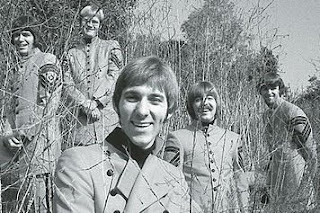 But I also hum, whistle, and sing. Quietly. Because I don’t sing today’s songs I know most of my co-workers would be annoyed at the selection of the day. So it’s quiet crooning I do whilst stripping the floors. I mention this only as an introduction to this post. Today, for some reason, I veered into late-60s music and began singing songs I can barely remember. Songs by Gary Puckett & The Union Gap.

I remember what an anomaly they were, in 1967 and beyond, as they didn’t perform long, drug-addled songs that were the “thing” for the time. No, they performed ballads. Short, sweet love songs with the front man - Gary Puckett - singing in a tenor voice (sometimes called a baritone) very much unlike the high-pitched, falsetto-laden voices of the more popular badns of the time. Puckett sang like an adult.

The songs the group recorded became hits, perhaps as a reaction to the prevailing recording artists’ preference for the afore-mentioned drug-addled, rambling, long-winded, never-ending drones. I think many music listeners were just waiting for love songs to reappear. And Gary Pucket & The Union Gap were there at the right time.

The hits are famous, and you probably remember them well: “Young Girl”, “Woman, Woman”, “Lady Willpower”, “Over You”, and more. When I got home and started to Google the band, I hit one of the lyrics sites and found a title that was familiar, but forgotten. Heck, I can still remember “Reverend Posey” which went nowhere, but here was a song called “Home”. And I could not recall a single lyric or the tune. So I clicked on the link and waited for the lyrics to load.

That brought it back. I remember this very well - once my memory was jiggled a bit - and remember that this brought tears to my eyes the first time I heard it. Why? It’s a short song about the soldiers. American soldiers then fighting in Vietnam. And it wasn’t a hate song, or an anti-war song. It was just a sweet, sad ballad about them. And it was so different from everything else that it took my breath away.

”And boys who never learned to pray
Look to the heavens everyday
And stumble through a simple little prayer
And ask the Lord above
To send them home to the ones they love
Oh God, I hope they make it home”

Maybe the lyrics are a bit meaningless to you, right now. In black and white, as many lyrics are, they are just a poem, with not much power on their own. But add music, rhythm, and a poignant voice ...

Too many songs that are supposed to be in support of the men who wear the uniform of the US Armed Forces are nothing of the kind. They are political wailings designed to anger the listener, to denigrate the men in uniform who put themselves in Harm’s Way for our sake, meant to be used to force them out. But “Home” is none of those things.

Gary Puckett is still around, and performing - mostly as a solo act, or with other “Oldies” bands from yesteryear - and I read that he performs this song at his performances as a tribute to the troops. I hope that’s true. This is such a fine ballad for them, and such a good story, that it should be true!

Oddly enough, in my Googling, I learned that Gary Puckett lives practically up the road from me, in Clearwater, Florida, with his wife Lorrie and his two stepdaughters, Syd and Michaela. Hey, we’re practically neighbors!

The only video I could find of “Home” is this one from YouTube. If I can find my recording I’ll put better images with it and post one myself. Until then, this will give you an idea of what this song sounds like, and maybe bring a tear to your eye. 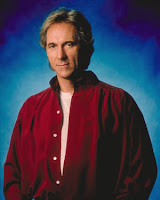 I have always liked their music.

Benning: Man, what great memories! I was 10 years old in 1968, and I find myself whistling, humming, and toe-tapping to old Gary Puckett and the Union Gap tunes very often.

I would stay up way past bedtime with my "secret earphone" connected to my AM radio so that Momma and Daddy wouldn't figure it out (ha ha ha) listening to the local "top 40" station (now "all talk, all day").

Gary had such a strong, unique voice. And I must say that much of his subject matter really made me "curious"...if you know what I mean.

You know, I'd almost forgotten about them. Thanks for remining me.

I've liked them for a long, long time, too. The reminder was good for me! LOL

have a great day my friend!:)

Kidding you know it!