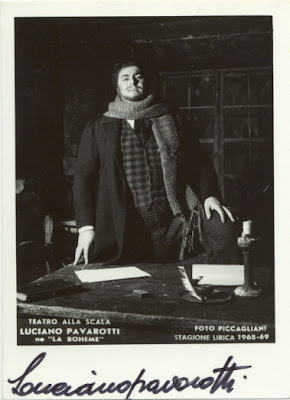 Luciano Pavarotti, world-famous Operatic Tenor, died in his hometown of Modena in north-central Italy. He was 71, and had been battling pancreatic cancer.

Pavarotti died in the early morning of September 6, 2007 at home surrounded by his wife and four daughters. In an email statement, his manager wrote, "The Maestro fought a long, tough battle against the pancreatic cancer which eventually took his life. In fitting with the approach that characterized his life and work, he remained positive until finally succumbing to the last stages of his illness." In a text message to Reuters, Pavarotti's manager Terri Robson confirmed: "Luciano Pavarotti died one hour ago".

The rotund, black-bearded singer known as "Big Luciano" helped bring opera to the masses and performed to vast stadium audiences round the world.

Pavarotti was diagnosed with pancreatic cancer in July last year, forcing him to abandon a 40-concert farewell tour to undergo radiotherapy. He was sent to hospital for several weeks with a fever last month. His health deteriorated quickly after being released on August 25. 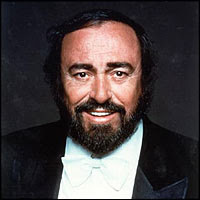 "He remained optimistic and confident that he would overcome the disease and had been determined to return to the stage to complete his Worldwide Farewell Tour," Pavarotti's manager Terri Robson said in a statement.

For more information you can see the Maestro's official website www.lucianopavarotti.com

Here's a duet with the late Barry White. See? It ain't all about the opera.

From Wiki: Pavarotti annually hosted the "Pavarotti and Friends" charity concerts in his home town of Modena in Italy, joining with singers from all parts of the music industry to raise money for several worthy UN causes. Concerts were held for War Child, and victims of war and civil unrest in Bosnia, Guatemala, Kosovo and Iraq. After the war in Bosnia, he financed and established the Pavarotti Music Center in the southern city of Mostar to offer Bosnia's artists the opportunity to develop their skills. For these contributions, the city of Sarajevo named him an honorary citizen in 2006.

He performed at benefit concerts to raise money for victims of tragedies such as an earthquake in December 1988 that killed 25,000 people in northern Armenia.

He was a close friend of Diana, Princess of Wales. They raised money for the elimination of land mines worldwide. He was invited to sing at her funeral service, but declined, as he felt he could not sing well "with his grief in his throat".

In 1998, he was appointed the United Nation's Messenger of Peace, using his fame to raise awareness of UN issues, including the Millennium Development Goals, HIV/AIDS, child rights, urban slums and poverty.

In 2001, Pavarotti received the Nansen Medal from the UN High Commission for Refugees for his efforts raising money on behalf of refugees worldwide. Through benefit concerts and volunteer work, he has raised more than US$1.5 million, more than any other individual.

Other awards he received for charity work include the Freedom of London Award and The Red Cross Award for Services to Humanity, for his work in raising money for that organization, and the 1998 MusiCares Person Of The Year, given to humanitarian heroes by the National Academy of Recording Arts and Sciences.

He will be missed!

He was so very talented.

Pavarotti was my ALL time favorite, I saw him twice in person and i have a very large collection of his CD's.
I will miss him tremendously
Yes a Gonden voice was silenced.

Please see my tribute to his as well.