While taking a free writing course, back in 2001, Julie Jennings, my Mentor (the guide during the session), would give us little extra assignments to write, beyond the week's lesson. Her favorite thing was to name a few things, disparate items, and say, "Write a short story with all these elements, in 1,000 words or less." And of course the stories had to be complete. After all, the thrust of the course was to learn how to write a short story, properly, containing certain things such as the senses, conflict, a beginning, middle, and end. These extra assignments had no other purpose than to give us something to think about, and to stretch our writing wings.

So, I gave it a try! When I was finished I had my very first short story! And after the course finished, I decided I liked it enough to submit it to the publisher of T-zero, an online ezine. They liked it enough to accept it and paid me $15 for it! My first publication and my first paid piece of writing. And it is less than 500 words in length.

That free writing course is on a kind of hiatus, and has been for months, but I was lucky enough to be asked to be a Mentor for the last session held. And as a Mentor, I continued Julie Jennings' practice of assigning voluntary extras to my group. I think they had fun; I hope they learned as much as I did!

So here you go: my assignment. I called it 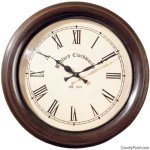 The ceaseless ticking drew her eyes once more to the old clock hung upon the wall, its glass face reflecting the upside down image of herself.

"6:30," it read in the dim, fading, orange light from the kitchen window. She turned her attention to her ironing, the hiss of the steam roiling around the bright white shirt, rising to tickle her nostrils with the fragrance of detergent and starch.

"Where is he?" she thought for the thousandth time, her strokes nearly in time with the clock's sound.

She rested the iron on its tail and dabbed at her eyes. She closed them tightly against the memory of the fierce, slashing argument of the morning.

Strong hands grasped her shoulders and gently pulled her into a deep embrace, as she wept. The familiar tang of aftershave filled her head; scratch of beard along her cheek as he kissed her, saying, "My fault. All my fault. My fault."

More of benning's short stories, as well as a lot of great writing, can be found at: T-Zero: The Writer's Ezine

Email ThisBlogThis!Share to TwitterShare to FacebookShare to Pinterest
Labels: Learning or Teaching, Stuff and Such, Writing

I am very impressed. I liked it. I enjoy short stories as a rule any way.
I love a brief roller-coaster ride.

I remember readin this before Benning..didnt u once post this..its brilliant!!!!
have a sweet Sunday!.:)

I remember the last time you posted this! :D It's great!

Yep, I posted this many months ago, but I thought it would fit the theme of Valentine's Day. Glad you enjoyed it!

You're lucky you can show people your first attempts. Mine were so embarassing that I burned them. :)
Already in this story I can "hear" the same voice as in Benning's War.