A Quotation Upon Which To Ruminate 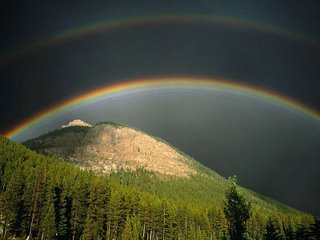 "Do not confuse "duty" with what other people expect of you; they are utterly different. Duty is a debt you owe to yourself to fulfill obligations you have assumed voluntarily. Paying that debt can entail anything from years of patient work to instant willingness to die. Difficult it may be, but the reward is self-respect.

But there is no reward at all for doing what other people expect of you, and to do so is not merely difficult, but impossible. It is easier to deal with a footpad than it is with the leech who wants "just a few minutes of your time, please -- this won't take long." Time is your total capital, and the minutes of your life are painfully few. If you allow yourself to fall into the vice of agreeing to such requests, they quickly snowball to the point where these parasites will use up 100 percent of your time -- and squawk for more!

So learn to say No -- and be rude about it when necessary.

Otherwise you will not have time to carry out your duty, or to do your own work, and certainly no time for love and happiness. The termites will nibble away your life and leave none of it for you.

(This rule does not mean that you must not do a favor for a friend, or even for a stranger. But let the choice be yours. Don't do it because it is "expected" of you.)"

Nice one Benning..I used to have a speech impediment years ago..couldnt say NO..So I can relate!..:)

Wow, I knew I recognized that quote! It's been a long time, but I loved that book and many of his others. (back in my Sci-Fi days)

I can say no now and have found that it gets easier once you get used to it.

So often we are given to understand how mean we'd be if we did not 'do' something. Saying 'no' is considered rude, though making demands is not. Heinlein put it back in the right place.

You can say 'no' if you like, and there's not a thing wrong with doing so.

So learn to say No -- and be rude about it when necessary.

It's taken me years to be able to do this, but I can now.

Benning, saying "no" seems to be much harder for women than it is for men. Many of us, including myself, are caretakers by nature. We get so involved in it, it's hard to find time for ourselves. I try to do that, but very seldom manage it.

That's why I enjoy blogging. It's one thing I take time to do because I enjoy it, and Heaven help anyone interrupting me when I'm in the middle of a post! :) But saying "no" is still not something that comes naturally. I never had a problem with it when I was younger and the boys tried their stuff though! ;)