Scroll down for the updates! And enjoy the picture!

All I know about this image is that it was posted online by "Bookwight". 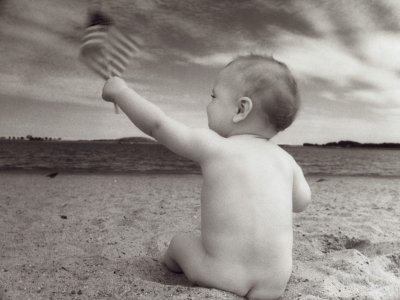 Are you smiling now? Inhale, breath in the sweet air of Freedom. We will win out in the end.

Update!: See the corner banner? Up there on the right corner? Wnat one just like it? I could paste the html here, but I think you should go to the source. He has other corner banners, too. Please go to JackLewis.net for the html and the low-down! Let him know I sentcha! LOL

I have never intended the Writing Pad to be a political blog. It was intended for the Arts, most specifically Art that I like and my own writings (Buy My Book!), and then, perhaps, the occasional opinion. But these are perilous times, and we must lend our voices in support of Good and in defiance of Evil. For if we do not speak now, raise our voices now, the time will come when our voices will no longer be heard. For the hearers will be dead. Now is the time to speak up. Now!

So, I say proudly, unashamedly, "I stand with Israel!"

Gayle at My Republican Blog has "AND WE THOUGHT HELEN THOMAS WAS SCARY!", an interesting post. She says about Iran, "The legal age for a girl to be married is 9! Most girls haven't even hit puberty at 9. Talk about child abuse! And they are not allowed to watch men engaging in sports unless the men's legs are fully covered? Sheesh! I suppose these asshats believe themselves to have such sexy legs women will not be able to control themselves!" Go read it! Gooooood stuff!

newton, at "Oh How I Love Jesus", gives us "The Decision", in which we read, "Even though most of the media ignores it nowadays, there is no way to deny that there has been a massive exodus of people of Jewish heritage and/or ancestry into Israel. This exodus begun in very small stages in the turn of the nineteenth and the twentieth century, when the land was so barren that no one really cared about growing anything on it - that is, except for those with such a strong attachment to the ancestral land that they did begin trying." Heavy. Deep. Important. Go.

Wonder Woman at "Let Freedom Reign" posts, "What cost, citizenship?", where she begins, "In the course of the evacuation of Canadian citizens from Lebanon, a raging debate has started over how much consideration is owed to dual citizenship holders who are permanent residents of Lebanon. Wherein one side insists that Canadian citizenship entitles the holder to the universal rights and privileges held therein, the other side insists that a person who holds dual citizenship, but does not make Canada their home, should take second priority to Canadian residents." This post has resonance for the US, too!

The Anchoress brings us a reminder of the underhanded goings on that bring us false information with, "Classical Values finds a wormhole". Follow the link. Just amazing what the Left will do to push their own agenda regardless of Truth.

Along with some other gems, Brooke posts, "The Definition of Ingrate" about a daughter suing her parents. Spoiled, immature girl! Absolutely amazing and not surprising any longer.

With "A Question For Islam", Educated Shoprat brings us a Native American Professor asking an important question of Muslims. Well worth the read, Folks.

Finally, something to let simmer in your mind. Daniel Webster, lawyer, United States Senator and Secretary of State during the nation’s Antebellum era, famed for his oratorical abilities in the period of American Political Giants before the Civil War, said this: "If we work upon marble, it will perish; if we work upon brass, time will efface it; if we rear temples, they will crumble into dust; but if we work upon immortal minds and instill into them just principles, we are then engraving that upon tablets which no time will efface, but will brighten and brighten to all eternity."

Poor kid is going to get sand in places that aren't comfortable.

Benning,
I love it!

GOD love the little fellow, he surely will! :D

What's up Benning? Looks like you're still being as creative as ever over here...Semper Fi!

I think that the pic is great...as long as the precious little tot grows up and becomes a staunch republican. LOL.

Awww! There's nothing cuter than a baby's backside!

Dang it, Gunz, when are you gonna be blogging again?

Excellent photo! Let's hope he waves that beauty with pride his whole life.

Yes, these are perilous times, Benning. I'm so glad to have found you; well, let me correct myself: you left a comment on my blog, so I guess you found me! At any rate, my blog was always a political blog, but I suppose you could tell that.

I'm very happy to have found you. Great blog and absolutely great sentiments. I especially love the John Wayne quote!

I'm also going to try to get that corner thingy. Thanks a bunch. :)

Hiya, Gayle! Been to your blog a few times. I like!

Hey, have you added to the American Flag list, Benning.

Thanks for the plug, Benning. I appreciate it. I also got the "I Stand With Israel" Banner. Made me feel so dang patriotic (not that I already didn't) that I reworked my template so the blog is now all red, white and blue.

Benning, as the saying goes, "You have to stand for something or you'll fall for anything!" Something the right has realized for a very long time! Welcome to the political side of the blogosphere. I'm not overtly political, but everyone knows where I stand and not to mess with my soldiers! :)