I've been remiss lately in my blogging - that means negligent, careless, or slow in performing one's duty, to those of you who are products of today's modern school system! - using my online time to read the blogs of others and enjoy their insights. There hasn't seemed to be much use in my adding my two cents to what's been going on out there. I've also been noodling a work-in-progress which has bedeviled me for a while. I'm working on a Young Adult Science Fiction novel. It's fun, but it's also a pain when it isn't working. 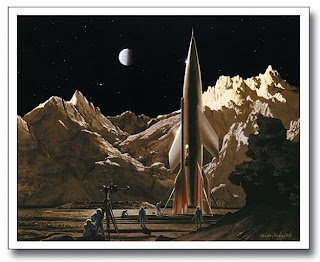 Writers know what I mean. When the story is presenting itself to you the writing is almost automatic. When the story is quiet and you can't 'see' it, it's a constant struggle. This is not Writer's Block. I have written part of a Round Robin short story at Writer's Village University, and am joining another as we speak (write? Read? Whatever!), so I have no block. But there are portions of the story that have yet to appear in my mind's eye. And that makes the writing of the story difficult. So I tinker, do some research, play with dialogue - working out dialogue while pushing a dust-mop through a store can get you some very odd looks - and generally plug along. Right now, though, I have four novels in various stages of writing. None is close to completion. I am a very lazy writer, indeed! Or a very confused one.

For those of you who want to know what I've been thinking about the elections, so far, you must know that I supported Fred Thompson very early - June of 2007, to be exact - and was disappointed when he got in late and went nowhere. I moved on to Mitt Romney, but he collapsed as well. So I am supporting McCain. I am enough of a realist to know that you can't always get your 'druthers. McCain is who we have left, on the "Right", and if you think you can sit out the 2008 elections and remain 'pure-of-heart' you are an idiot. Sorry, but that's how it works. 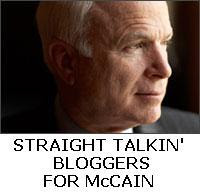 Sit out this election to 'teach the Republican Party a lesson' and you will redo the 2006 elections with staggeringly worse results. Feel free to turn over the Head of State of America to the Party of Communism Light, but don't expect me to pay any attention to your whining about it in a year's time. Now is the time to get off your self-righteous buttocks and get out the vote. McCain may not be any of our first - or second! - choice, but he's light-years better than the two Dems careening down the Pike.

Unsure of who Hillary Clinton is? Wake up! Just Google her and look at the real history of this harridan. Not sure just how bad Barack Obama would be in the highest elected office in this country? Go to Steve Sailer's blog. Check out the posts he's done on Barack Obama. Learn! Then climb down off your high dudgeon and vote! Don't miss Patrick's political musings, either. Try this Obama post, why don'cha? Then read everything there.

The march of Dhimmitude continues to plague Europe. By now you all know the Archbishop of Canterbury has lost his stones completely and is now a full-fledged Frenchman. He's surrendered his flock to the Muslims without a tussle. Why the Queen of England hasn't tossed him out on his over-paid, surrender-monkey arse, I don't know. And much of Europe is already underneath the flood of Muslim invaders while their governments continue to bend over backward to not rile the poor Muslim dears. Some are starting to fight back, but not nearly enough. Europe may even be lost to the darkness of Islam even now. Time will tell.

Anti-Semitism is back in force and is now the favored hobby of Leftists around the world. Beatings and humiliation of Jews is no longer considered hate, but simply the free expression of poor, put-upon, misunderstood Muslims. The Conspiracy Theorists on the Left now have their most favored target once again. And the MSM could care less about it. Aren't they right on the ball?

Global Warming is proven - over and over again! - to be a phantasm of the Left who wish to destroy Capitalism and particularly the United States. But still they persist in playing the feeble-minded against us all in the MSM and in politics. While this has proven to be one of the coldest Winters in memory, now that is supposedly evidence of Global Warming - ahem! - Global Climate Change! Stop CO2 emissions! It's warming us up! Wait! It's cooling us off! Poppycock!

Climate change is natural, has been happening since the Earth first had a climate, and will continue forever. Don't think so? You need to get a real education, Junior!

Truth-Pain has some mea-culpas regarding his prognostications. He may have been a tad off in some things, but he's still trying to see into the future. His blog gets updated about as often as the groundhog sees his own shadow - well, more often than that, really - as he hibernates and ruminates. Then he comes out swinging and makes for some excellent reading. Visit. You must!

Not been to see Gina Cobb yet? Or maybe you just forgot? Well now you have a reminder. And make sure you visit Bookworm at Bookworm Room. She's back from her Florida vacation, was ably substituted while she was away, and as always her blog is worth reading. So go read it and comment! 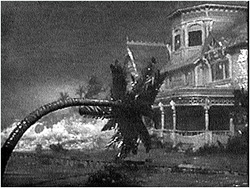 Now I've just finished two home-made egg/sausage/cheese burritos and a big pot of coffee. I'm feeling pretty good. Last night we had a Mother of a big storm here. Tornado watches were in effect all over this part of Florida's west coast. Lightning, thunder, driving rain, high winds lashed the area. I loved it! I only wish the rain had been blowing North/South so I could have gone out on my balcony and watched it in comfort. Right now the skies are overcast, the wind moving along at a brisk pace, and it's 50 degrees. Nice! Colder weather is heading down from the North. Yay!

Now, I'm going to post this and get back to surfing blogs and - I hope! - writing. And how have you all been?
Posted by benning at 9:32 AM

Hi, Benning! Happy St.Paddy's day to you and yours!

I will be practicing for the big day of green beer... ;)

I know that failing to vote to teach the Dems a lesson is silly, (and I wouldn't consider NOT voting) but isn't voting for McCain teaching the GOP a lesson: That they can do whatever the hell they wish without consequence?

*sigh* It's going to be a rough November.

Excellent and thanks for the mention. I wondered if you lost power yesterday. I see that they restored it to the Keys first.

Four novels and you blog? Good grief! I don't see how you find the time. You must truly love to write!

No, I sure won't be sitting this election out! If I did that and the Dems won I could never forgive myself. It looks like Obama will be the contender for the Dems and him as president gives me the absolute willies. I'm not kidding because this guy is extremely dangerous. I didn't realize how dangerous until I snagged a video from Ken. It actually gave me chills!

Welcome back, and I hope you figure out your plot. :)

... Well Benning,...leave it up to you to slay me with another one of your pieces. There is certainly plenty to taste and digest here and although it would take too much typing to opine on everything rolling around my dome at the moment, I have to at least comment on the items that hit home with me.
* I find myself nodding in agreement at the first few paragraphs. I blame my "cave-dwelling" moments on a combination of things, and yes, writer's block is one of them. Lack of inspiration is not far behind. I've never thought of blogging as a cycle of repetitive writing endeavors, but as something that should happen when your mind snaps around in attention to anything, no matter how trivial or heavy. So following those self-imposed parameters, I can so undestand your "away" times. As you well put it, I am the Haley's comet of Bloggers.
* I love being wrong, or better yet corrected when I say or do something three decades younger than my chronological age. In my last posting,-and a few before that one as well-, I said I was staying home for the general election. Various reasons for that but the ones you gave nicely surmised my position. I am an idiot. To abstain from voting just because a candidate fails to meet a certain percentage of my life-ethos is not only arrogant, but irresponsible as a human and American. Hell yes I'm going to vote. Thanks for giving me a moment of clarity on that most important of things.
* Lastly, thank you for linking to my little Blog here. I have no pretensions of making a big impact or changing the world with it. But I have met one goal, which was to connect with like-minded persons of whose talent, life-pointers and examples I could gleam strands of wisdom from... (pardon the dangling preposition).

I prefer your once-a-whenever postings than most of the one-a-day wonders I have to rummage through on a daily basis.

Sounds like you have plenty to say, good stuff too. ;)

Greetings benning me lad! And a Happy St. Patrick's Day to you then. 'Tis true, our Archbishop of Canterbury is turning out to be a sorry sod.

Keep up the good work! I hope to get back to the WVU as soon as I've finished some Work in Hand (it has include relocating me sod...a - "blog" at WordPress.

We watch with not a little anxiety as your elections unfold: Anything should be better than Hillary Rodman but yes I agree, it's best to remain loyal to one's convictions. McCain's the man.

A little bit of everything, eh?

To all: Just a grab-bag, Folks. Thanks for stopping by and commenting! I appreciate it!

Hillary is sure different from Mrs. Alaska here: