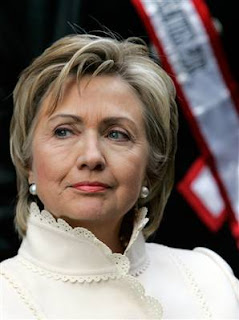 Change is the favored buzzword of the Democrat Party this year. Every Democrat candidate is calling for change, usually with a straight face, while they have advocated exactly the same old communal solutions for the problems of this country. Those solutions have been tried around the world and have failed miserably everywhere. But our never-say-die Leftist Democrats always believe that they can make it work this time. If we just give them enough money and enough time and enough authority and enough power, by golly, they'll get it right this time! Of course every solution they tout has the added price tag of greater governmental meddling, less freedom for American citizens, more confiscation of the very wealth that we, the people, create.

Change sounds nice, but so does "daisy" and "gum drop", and at least you know what you get if you get those. Likewise we should all know by now what we get if we vote for Hillary Clinton to become the next President. How do we know? Because she has maintained the same reckless disregard for the Law throughout her adult life, the same appalling disregard for truth and facts, the same appalling lack of regard for the rights of the individuals of this nation. Whatever furthers her goals of gaining power and authority will be used. Whatever - whomever - gets in her way will be destroyed. And we know this even though the Leftist Media has glossed over, hidden, and outright lied about the facts as regards Hillary Rodham Clinton.

Hillary has not changed. Not one iota. Not in decades. I read a very interesting and eye-opening article about her escapades during the Nixon Impeachment period, on the House Judiciary Committee's Impeachment Inquiry Staff as a junior lawyer for the Democrats. As Lisa Schiffren describes it at The Corner, in "Vetting Hillary: a Crack in the Legend":

[...] the job that brought her to the attention of the political universe, to which she no longer refers, was serving as a junior staffer on the House Judiciary Committee's Impeachment Inquiry staff, in 1974, which Mr. Zeifman ran.

'After President Nixon's resignation a young lawyer, who shared an office with Hillary, confided in me that he was dismayed by her erroneous legal opinions and efforts to deny Nixon representation by counsel-as well as an unwillingness to investigate Nixon.

At that time Hillary Rodham was 27 years old. She had obtained a position on our committee staff through the political patronage of her former Yale law school professor Burke Marshall and Senator Ted Kennedy. Eventually, because of a number of her unethical practices I decided that I could not recommend her for any subsequent position of public or private trust.'

He goes on to explain that Hillary's efforts to deny Nixon "representation by counsel," a basic right in our system of law, had to do with her patron, Senator Kennedy. It was known that, as part of his defense Nixon would argue that his after the fact knowledge of the Watergate break-in paled in comparison to J.F.K.'s activities, including "using the Mafia to attempt to kill Castro, successfully assassinating both Patrice Lamumba of the Congo, and Diem of South Vietnam." Teddy did not want a sitting president to make that case.

Read the whole thing - it isn't long - then go to Mr. Zeifman's article here. Not only is it eye-opening, but it certainly is nostalgic. This is classic Hillary Clinton, right down to removing papers - from the public eye - and putting them where they wouldn't be found. 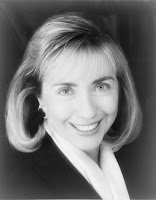 Think she's changed? Hardly. She's a cold, calculating power-seeker. I merely have to remember the pain she put the employees of the White House Travel Office through when she decided she wanted her friends in, rather than these outsiders. Clinton had every right to simply dismiss these people. He needed to offer no explanation. It was his right. But rather than do that, and look mean-spirited and cold, Hillary sicced the FBI on them and put those people through hell. And cost the taxpayers quite a sum of money in the process. I think you remember her other little foibles.

Change? Not our Hillary. Not now; not then; not ever. 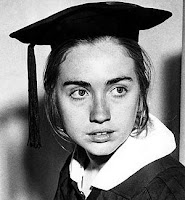 For information on Hillary's Socialist beliefs, go here. This is her life’s goal. See? No change!
Posted by benning at 9:34 AM

Honestly, I cannot understand why people would want Bush-Clinton-Bush-Clinton.

BTW, I love the birds at the top of your blog.

They are Lorikeets, are they not?

They wouldn't say! I asked and they flew away. Left a message on the railing, too! LOL

I found the image while googling.

You're both right! Who needs her? Maybe Chelsea, but America doesn't.

hmmm, interesting morsel of information there. I hate to dig up people's past since I do believe in redemption and one's right to re-calibrate one's views as time goes by,... But there is truth in that one never deviates too far from their initial ethos of opinion and morality.

Thanks for the link,....eye opening.

Benning,
Off topic somewhat,... as I wrote my last posting, I smiled and wondered what a writer such as yourself could do with my synopsis of possible things to come... :)

T-P: I'm reading it now. Interesting. I could see a Heinlein-esque take on this. Continuing on ...