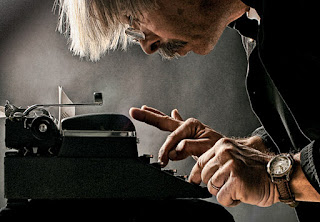 Our little Writing University has changed a bit in the last decade. We’ve had to move the site a few times - security concerns - and lost some folks in all the packing and un-packing. The original layout of the place has changed, too. Some changes for the better, some ... not so much. And along the way some of our members have passed on. Two of my good writing friends went on to the Great Publisher last year - Joan McNulty Pulver, and Margaret Carr. Their presence is missed by those who worked with them, and called them Friends.

One of the biggest changes is that WVU and F2K - the Free Basics of Fiction Writing Course - now have Social Walls, similar to Facebook. For some members that’s a nice thing. For others it’s not. And some hate it, thinking it’s just unprofessional. *shrug* The Social Walls are there. They are what we make of them.

In any event, we’ve weathered the storms, and remain. And F2K is about to start yet another session on January 25th. Registration closes on January 24th. So if you have dreams of becoming a writer, or merely want to hone your writing a bit, or need a kick-start to your writing, you might want to try F2K. The links are current, so take a look.

Below you’ll find a repost of an old post from January of 2006. It’s called “How I Became an F2K Mentor”. Have a great day!

F2K is a free writing course hosted by Writers' Village University. It's a really good writing course. So good, in fact, that I signed up for it three times! After the second session I joined WVU as a member. Been there ever since! I highly recommend it to any writers out there.

Very early during my first trip through, I found that staying in my own classroom was not quite my 'cup of tea'. I liked to peek in at the other classes, see who was in there, read what they were writing. And I'd give a little feedback, too. Hey! For me, that was fun. And I had the time, being single - hint! hint! Ladies! - and curious.

Got to know quite a few writers - fellow students - and came to be known as a 'kibbitzer' around F2K. Truth is, I know I infected a few others who then became 'kibbitzers' as well. Hehehee!

There are always a few writers who, for some unknown reason, do not get many comments or feedback on their writing. Some just show up late, and they never catch on with the others. Some don't feel qualified to give feedback, so nobody gives feedback to them. And, yes, some write horrible stuff.

So it feels good to add some feedback to an empty board. Know what I mean? Besides, I read some very nice things in my Kibbitzing travels.

Well, fast forward to my third trip through F2K in the Autumn of 2005. I may be a better writer now, but I still enjoy the 'kick in the pants' that F2K can provide to any writer. So there I am. Taking the lessons again, and doing my thing. My thing being ... remember the word? ... Kibbitzing!

Hehehee! Yep, Ol' benning was kibbitzing the different classrooms again, even ticking off one of the Mentors. Mentors are volunteers who guide the students, answer questions, and keep an eye on things. There's a Mentor for each classroom. So, for me, nothing had changed, really. Except ...

Well, seems they needed another Mentor or two. Seems they did notice that Ol' benning got around, met the students, gave advice or steered the students to the right people to ask, and just generally helped out. Did Ol' benning know that's what he was doing? Hardly. Ol' benning was having fun. Period.

So the Head Mentor, whom I call 'MA', emailed me and asked if I'd be interested in becoming an F2K Mentor. Sheesh! Me? But that's a responsibility, right? *sigh*

Some procedural things followed, and then 'MA' wanted to know if I had a Name for the room I would have. See, all the classrooms bear the name of a writer. Some I've never heard of, so I know the Mentor named it for some obscure favorite. One room is named for a former F2K Mentor - Colin R. Onstad - who passed away. Well, I'd think about it, right? I'd want a good writer to grace the nameplate of my room, right? You betcha!

Emailed 'MA' a few minutes later. "Can I have the Robert A. Heinlein room?" If you never heard of him, look him up! Sheesh!

And that's the room I'm Mentoring in right now. LOL

So far, in this, my first run at Mentoring, it's been interesting. But it's still very early. We'll see if I can actually do what the veteran Mentors can. But I haven't scared any students away. Yet.

Hit those links at the top of this post, or over to the left there. Great places for writers. Trust me! I'm not a politician! :D

The kibitzer then became a Heiney, and a boaster with the ego the size of the U.S.A., but we still love 'im anyway, even though...he chased this mentor away. :P