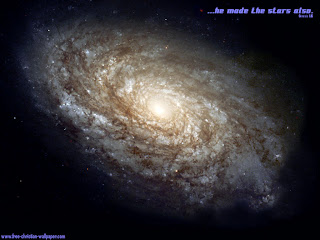 Genesis has, as you know, many strange facts. Part of the problem with understanding Genesis is the weakness of some areas of translation. For instance you have Enoch, the father of Methuselah. Enoch was taken to heaven without dying, according to the accepted understanding of the most popular translations, the common understanding of the verse (Genesis 5:24), "And Enoch walked with God; and he [was] not, for God took him." But if the translation was a bit off, to make sense to the translators, this could be in error. One translation I saw made it, not 'for God took him,' but 'for God carried him across [or 'over']'. And this adds to the strangeness. For where was this place? And what was Enoch doing for God in that place?

Josephus, [...] was a 1st Century Jewish scholar and historian who testified that, prior to the Great Flood, the Sethites built two great monuments to preserve their astronomical and spiritual knowledge for future generations. One was built of stone, and the other of brick. According to Josephus, these monuments could still be found in Mizraim (i.e. Egypt) during his lifetime in the 1st Century AD.

Some Ancients called the Great Pyramid the "Pillar of Enoch". So it is not a far stretch to think that Enoch was 'carried over' to build the prophetic monuments for God. It also allows for a job for those "Watchers".

And I believe I've read, in passing, of evidence of salt water found inside the Great Pyramid. Pre-Flood? Why not?

You have Genesis 1:1 where the Hebrew does not say 'God', but 'Gods'. Which presupposes the existence of more than one Spiritual being, including The Word. :D

When you move to Genesis 1:2 you have a translation that is correct, but can also be translated differently, as the same phrase is in Jeremiah. So ... "The earth was without form, and void; [...]" can also be translated as "The earth became a waste and a desolation; [...]" This opens up many avenues of thought, and explains a lot of small things in the Old testament that were baffling. Like Jeremiah's vision of Eden before Adam, and the earth, as well. :D

From Genesis 1:1 to Genesis 1:2 there may well lie an immense gulf of time, within which are the destruction of the earth, and the fall of Satan.

Thanks to Donna Sundblad for reminding me of the topic! :D


Methuselah comes from Muth, a root that means "death"; and from shalak, which means "to bring." The name Methuselah means, "his death shall bring." [1]

Methuselah's father [Enoch] was given a prophecy of the coming Great Flood, and was apparently told that as long as his son was alive, the judgement of the flood would be withheld. (Can you imagine raising a kid like that? Every time the boy caught a cold, they must have panicked!) The year that Methuselah died, the flood came. It is interesting that Methuselah's life, in effect, was a symbol of God's grace in forestalling the coming judgement of the flood. It is, therefore, fitting that his lifetime is the oldest in the Bible, speaking of the extensiveness of God's grace.

Jeremiah 32:20 ~ "You have set signs and wonders in the land of Egypt, to this day, and in Israel and among [other] men; and You have made Yourself a name, as it is this day."
Posted by benning at 12:14 PM

Some people seek answers to the great mysteries of the Bible. I am not one of them. lol
My faith carries me to the greater outreaches of the beginnings of the breath in time. He answers me. He is the Light that carries me. Amen!

"From Genesis 1:1 to Genesis 1:2 there may well lie an immense gulf of time, within which are the destruction of the earth, and the fall of Satan. "

An aside, perhaps the time Adam and Eve spent in the Garden was quite vast, and the dinosaurs did there thing in that span?

Brooke, although the evidence is viciously disputed, I think there is some evidence that man and dinosaurs were on the earth at the same time.

Much like the Garden if Eden, dinosaurs were wiped from the earth in the Great Flood. That's how I see it! :)