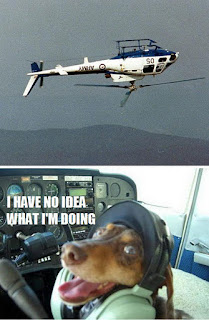 Checking my email I noticed that the last two emails are from 2023! I am being messaged from the future! Cool! Sadly they are both spam messages, so ... *sigh*

If you're paying attention to the Pundits, Taking Heads, and so on ... stop! There is NO PERFECT CANDIDATE! Not one of them will align with every one of your beliefs. So stop looking for that candidate. There ain't none. Every single on of the candidates has votes, statements, actions in their past that don't look good, or go against what you, or I consider a positive thing. Remember: "The Perfect is the enemy of the Good." Look for the best out there.

Of the ones I can support, right now, it's Santorum, and Perry. If the GOP nominee ends up being Romney I will support him. I don't think I could support Ron Paul. Ever. Come November, barring a Dr. Paul miracle, it has to be ABO! Anybody But Obama.

And now is the time to rededicate yourself to electing those candidates at the local and state levels who will support, or rein in, the President. That's where Conservatives can make the biggest difference!

Seriously. What Conservative candidate will not get the Chicago treatment? The smears, lies, and distortions will come fast and furious. It's time for you to relax, and know that most of what the MSM tells you about the candidates is just so much Gollum droppings.

Do you really want to elect a champion debater? Or do you want someone whose ideas hew closest to the US Constitution? Every one of the declared candidates has a history that you can find, read about, and think over. Just because some NY Slimes reporter can take a quote, or vote, out of context to make a candidate (or all of them!) look bad, does not mean that reporter is correct. Or even honest. You know they have an agenda, and it isn't a conservative one.

If the Obama campaign thinks it was a funny, winning shot to ask Romney for his tax records, well ... we still haven't seen any of Mr. Obama's school records, have we? Heck, we have never seen Senator Kerry's military records, and that campaign was over 8 years ago! Senator Kerry told us he'd release them ... during the campaign. Still waiting! No word from the NY Slimes on that.

So pay no attention to the media agenda-driven attacks, Folks. Use your head, do your own research, and decide for yourself. This year's election is more important than any we've had in a long, long time. Don't let the Progressive Leftists do the thinking for you!

By the way, if you want another good reason why this administration really needs to be gone ... try this on for size! Report: Obama Agreed To Release High-Ranking Taliban Leaders From Gitmo In Exchange For Taliban Opening Office In Qatar…