In the late 70s and early 80s I lived in Santa Ana, California - 45 minutes from L.A. - seeking Fame and Fortune as an actor. Mostly I was a janitor, taking acting classes, and so on. Money not being in abundance my Folks would send me a ticket home for Christmas, and friends would drive me to LAX to catch my flight.

I'm not sure what year it was but I remember being in the terminal, waiting for my flight, when a man came down the concourse, heading out of LAX. I recognized his face immediately. Why not? I'd seen him in many TV shows, and in Films, too. But, for the life of me, I could not remember his name!

That alone isn't unusual. I have trouble with names. Faces I remember, but when it comes to hearing a name I always seem to be paying little attention. 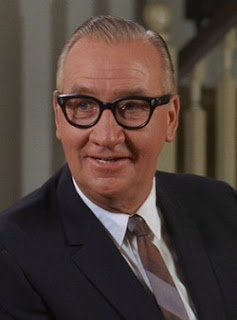 But I was wishing, at the time, that I did remember his name because I would have liked to step up to this Character Actor and thank him for entertaining me for so many years. It would take seeing a rerun of a Twilight episode to finally 'catch' his name. At that time I owned no computer, so I wasn't hooked up to the infant Internet.

I'll tell you who he was in a moment.

On the return trip my Mom took me to the Philly airport to catch the return flight. As I waited I saw two different men come down the concourse. One was a muscular, average-height man, surrounded by an entourage. He looked solemn, unapproachable. He I recognized immediately, too. Sylvester Stallone. I thought it funny that he needed to be protected by bigger men than he, and the one would be kind of foolish to even try to approach him. So I just watched him walk by.

A little while later another man ambled by, a big grin on his face, looking like he was enjoying the daylights out of being home. He wore a floor-length leather coat, and not a soul was with him. No entourage at all. I sure as heck recognized him. It was Joe Frazier, former Heavyweight Boxing Champ. And I thought about how he didn't need any bodyguards, and looked utterly at ease in a public setting.

Why didn't I wave to him or speak to him? I don't know. But I thought about that later and was a tad ashamed that I didn't. I had been a fan of Smokin' Joe for a long time. I should have said something, right?

Anyway, that was then. As I said in a recent post, there's a digital TV network that shows old TV shows. In nearly every episode I see faces of actors and actresses I recognize. Many I haven't seen in years. And most are unknown to me, as far as their names. Luckily RTV lets the closing credits scroll so you can read the characters' names (unlike the broadcasters today. Must they squish the credits to the side or to the bottom of the screen to tout another show or commercial? Gimme a break!)

So with access to the Internet I can chase down the names to go with the faces.

And who was that well-regarded character actor from LAX? The one I recognized but could not name?

Do you recognize him? 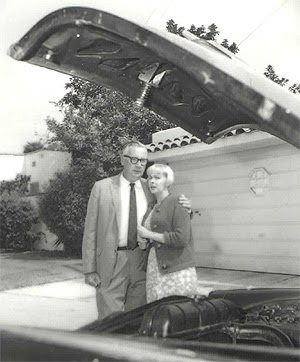 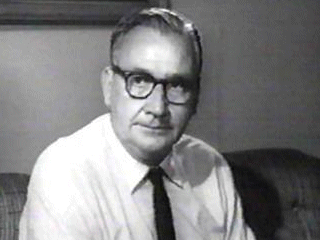 What about these two well-regarded character actors? Both could play the Heavy very well. Both came off as tough. 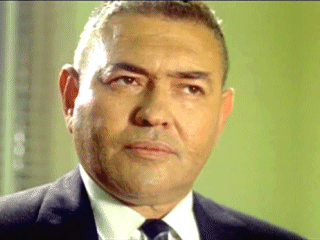 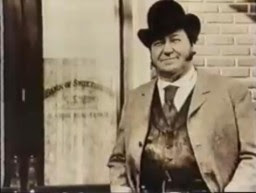 From his turn in the movie Bullitt, you should easily recognize Simon Oakland. Always enjoyable to watch. 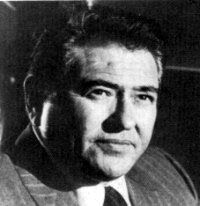 This fellow's face may be recognizable to you, but do you have an inkling of his name? I sure didn't. I had to chase it down through a TV series cast list at the IMDB. 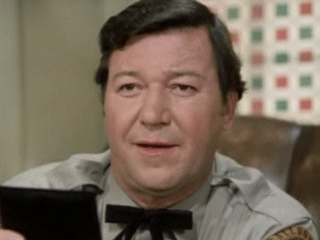 It's Ramon Bieri. See? I bet even if the face is familiar you had no clue.

Are there any great character actors today? A Walter Brennan? A Beulah Bondi? Are there? Would we know the names? Or just the faces? 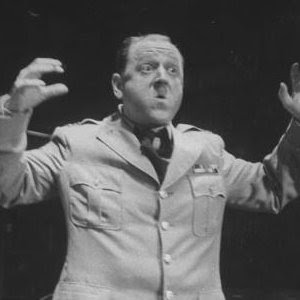 "As an actor, the husky-voiced entertainer with the elastic face is probably best remembered for his film That's My Boy (1951), in which he played an ex-football star who aggressively prods his awkward, goofball son Junior (played by--who else?--Jerry Lewis) to follow in his athletic shoes. Dean Martin played Jerry's coach in the popular film." 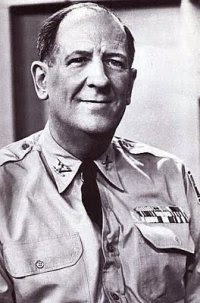 He specialized in bluster, bravado, befuddlement, bull-headedness, and undoubtedly something else beginning with the letter 'B'."

Do we still look at the image on the screen and ask ourselves, "Who was that?"
Posted by benning at 1:14 PM

Never did get a union card, nor Fame and Fortune either.