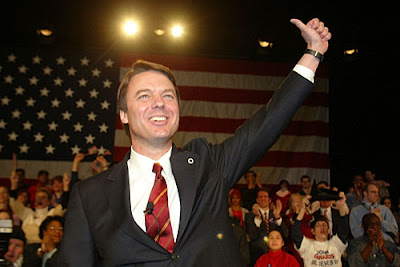 Does anything John Edwards (D-Embryo Channeler) have to say have meaning? He is a political loser, twice over. And now he's flown all the way to Michigan to endorse the front-runner. Truly evidence of Edwards' courage. 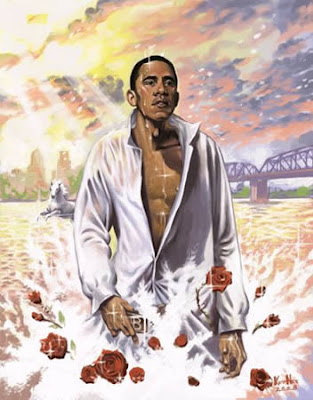 This picture, evidently with no sarcasm intended, accompanied an endorsement of B.O. by the Oregon newspaper Willamette Week


As posted at Moonbattery with editorial insanity excerpts.

And so it goes in American Politics in the early 21st Century. Sheesh!

Patrick takes a look at a problem for Obama: "Obama’s Cultural Hurdle"

Of course Obama has some cheerleaders. From Moonbattery: "Palestinians Running Phone Banks for Obama"

Update: Patrick's post is based on this post of Right Wing Prof's.
Posted by benning at 6:42 PM

The thought of him winning is terrifying.

I don't deserve any credit for it.
You really should have credited Right Wing Prof directly for that article.

Ya think little John is running for V.P.?

Shoprat: It should scare all of us!

Camo: It wouldn't surprise me at all. Edwards has already run as a Veep candidate. I'm sure he thinks he knows how to win this time. Hah!

Oh, Dear Lord, that last pic is just too much!

I heard on the news today that Eddie is supposed to woo "working-class whites."

Yeah, right. Like the guy who drops $400 on a haircut has anything at all in common with a blue-collar person of any color.

Brooke: Isn't that amazing? Do I see a "Cult of Personality" here? Looks like it. A typical totalitarian activity. Van Helsing, at Moonbattery, finds the strangest things, eh?

scarey is an understatement my friend!