The real religion of the world comes

from women much more than from men

- from mothers most of all, who carry

the key of our souls in their bosoms.

As we get closer to the real close of winter, and edge into Spring - those of us in West Central Florida are looking at high temperatures and humidity very soon - we can look back at the winter season and see how the startling snowfalls and icy temperatures have led many eco-noodles to declare that it is all symptomatic of Global Warming. I heard a co-worker today declaring that she couldn't recall a snowfall in her northern home-town this late, and described her father telling her about it. She hadn't been there in many years, but by golly it never snowed that late! As for me I cannot recall how late the snows fell in suburban Bucks County, Pennsylvania.

But I do remember some hellacious winters there. One Christmas morning found the snowdrifts at the five-foot mark around our house. We had to go out the back-door, where we had a covered porch, to go around the house and shovel out the walk and the driveway. I recall snowfalls so high that the snowplows took a few days to get around to our neighborhood and left huge piles that we kids made tunnels from. We had big snow forts and great sledding in my own youth - the 60s!

Then the climate changed, as it always does, always has, and always will. And winter snows came later, stayed for a shorter time, and we had far fewer "snow days" at school. Yes, I loved "snow days"! No School! Sledding! Snowball fights! What's not to like?

When I was very young, in the first house I remember as a child, our neighborhood had hurricane fencing along every yard's back. The huge land behind it was slated to become an athletic field for the future school that was going to be built nearby. A combination grade school/junior high school would be built fairly quickly (Carl Sandburg would come to speak at the dedication of the Junior High School named for him). Why do I remember the hurricane fencing? And why in a suburban area northeast of Philadelphia?

In 1960, when I was not yet five-years-old, Hurricane Donna stormed up the east coast of the United States from her birth in the area around the Cape Verde Islands of Africa, Donna swarmed across the atlantic Ocean, coming ashore in the US at Marathon in the Florida Keys, as a Category 4 hurricane, and swept into the Gulf of Mexico. She swirled up the west coast of Florida then swung inland again between Naples and Fort Myers, again as a Category 4 hurricane. She moved out into the Atlantic near Daytona Beach and headed up the Eastern Seaboard. She would land again in North Carolina and in New England. 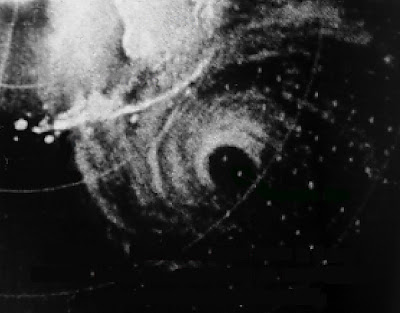 From September 2nd of 1960 until September 11, Donna maintained winds of 115 mph or better, setting a record for the longest sustained Category 3 hurricane in history. As Wikipedia reports:

"Hurricane Donna was a very destructive storm giving that it affected the most land areas in history, a record held until Hurricane Wilma in 2005. About 364 people were killed by the hurricane, 148 direct and 216 indirect; of the 148 directly killed by the storm, fifty of them were Americans."

As far west as we were in Bucks county, I do remember the howling winds and driving rain that we experienced as she passed well to the east of us.

"Florida suffered profound losses from Donna, more than any other state. Damage in the Keys at the original point of landfall was most severe, where Donna's winds and storm surge destroyed many buildings and vessels. 35% of the state's grapefruit crop was lost, 10% of the orange and tangerine crop was lost, and the avocado crop was almost completely wiped out. The day after the storm hit, President Dwight D. Eisenhower declared a disaster area from the Keys up to Central Florida.

Although weaker, it caused considerable and widespread damage in North Carolina and New York. Donna was one of the few hurricanes to affect every state along the East Coast; it is one of few storms to produce hurricane-force winds along the east coast from South Carolina to Maine."

Nobody blamed Ike for the hurricane, nobody whined that it was Global Warming. It was the weather and we were grateful that science had afforded the tools to forecast Donna's approach. And that forecasting has gotten better. Not by being beholden to the PC idiots, or to the eco-noodles. It got better because real science discounts nonsense and wishful thinking, political considerations and professional victims.

Global Warming, just like Global Cooling (which excited the eco-noodles in the 1970s), is nonsense. What is possibly happening now is called climatic change, something that has always happened. Cycles run from minutes to weeks to centuries in extent. The successful colony of Vikings in Greenland was destroyed by a mini-Ice Age. It ended eventually and the earth warmed up. Snowfall that was normal in England, long ago, nearly disappeared for a long time. By the time it returned in full fury, the Industrial Age was in full swing and pollution was endemic in the Industrial world. No warming. Cold!

Pollution is something we must always fight against and strive to ameliorate. But it is less than it was. The air and water of North America are cleaner than they have been since the Industrial Age began. The Oceans of the world are cleaner and Nature is doing what she does by cleaning things up, too.

Don't think so? Don't believe that the Earth restores things? Then ask your self where all the oil that was spilled in the oceans during two World Wars went to? Nobody put up booms or washed the beaches after tankers and ships were sunk. They had no time or thought to do so. They were at war! So where is all that oil?

The earth's oceans absorbed it, mediated it, used it up. GOD made the earth with amazing, infinite capabilities. As long as we do our part, we avoid such nonsense as burning rivers and sooty skies. But we don't need a new Gestapo of eco-noodles passing laws, imprisoning smokers, and we certainly don't need a new Inquisition of Eco-Cardinals to punish the Global Warming disbelievers.

As we head into another hot summer in a few months, remember that it was hot last summer, too! And your grandparents can tell you of hot summers when they were kids. Thier grandparents could tell them of steaming summers of their own. And the Year Without Summer. Read about that if you think it was a tad chilly this winter.

Global Warming? A load of crap for the silly, weak-minded, and the eco-fascists who would rule over us. Have a Mint Julep and relax. Cheers!
Posted by benning at 8:49 PM

I remember a foot of snow on an Easter Sunday in April back in the 70's...here in PA.

That was around the time that the "experts" were predicting the coming Ice Age...

And we still have hard frosts down here, which makes the citrus growers move further south. Funny how they've been doing that for decades to escape the cooling trend, huh?

Benning, we had a "White Easter" down here in Central Texas this year.

I lived in Florida and lost many Orange trees during an Ice Storm in the 90's. I don't remember the exact year, but the cost of Florida Orange Juice went over the top! We also lost our Palm Trees. We were living in Orlando at the time.

We didn't put it down to anything like "Global Cooling." It's nature, pure and simple, and you are absolutely right. All this hoopla over what is simply natural climate change is a scam!

Being an amateur weather-watcher, I really enjoyed reading about Donna and the Year without Summer.

I've been "watching" weather for decades - most of my adult life - and have seen that there is a pattern which we call "climate" but there have always been "surprises." The thing is, as I've gotten older, I've seen that the "surprises" come around in cycles too. There's nothing new under the sun.

We seldom have snow here but it snowed this time last year. Southern England doesn't get much snow but one year it snowed in May and June.

To me, it's pretty obvious that the eco-fascists are really commie subversives who want to destroy Western civilization and capitalism.

It's all about new tax revenue being extorted through a bunch of junk science.

The day here began warm and muggy, we had a gully-washer around 9AM, and the temperature started slowly dropping. It's 61 right now. Beautiful day with a nearly clear sky, breezes ... nice!