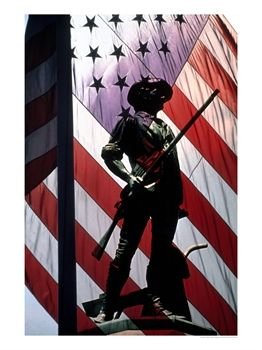 It is Tuesday, November the 7th, 2006. Election Day in the United States of America. The Right to vote is nearly sacred. Use that right and vote. If you don't vote, don't whine to me about all the things that are wrong in these United States. Your opinion means less than nothing to me.

Don't try to tell me that your vote doesn't count (nor, by extension, does mine). Don't tell me that politicians are all alike. I don't want to hear that all the negative ads have 'turned you off'.

Vote! Otherwise you can bay at the moon for all I care. I won't listen to you. Your vote may well cancel mine. That's how it works. I would rather you were voting the same way as I am. I would rather that my votes were always the winning ones. But ultimately, even that doesn't matter. What matters is that you and I, as Americans, exercise the franchise that our ancestors fought for, and died for, and vote.

You say you support the Troops? Show them! Prove it! Go to the polls and vote! Don't mumble about how the lines are too long, the weather is poor, you just don't have the time. If you don't vote, then you don't count! Not to me, not to the majority of Americans, and not to the American men and women who are, even now, risking their lives and futures to guarantee you the Right to vote.

UPDATE: (with a Hat Tip to Camojack)

The Only Issue This Election Day

There is only one issue in this election that will matter five or ten years from now, and that's the War on Terror.

And the success of the War on Terror now teeters on the fulcrum of this election.

If control of the House passes into Democratic hands, there are enough withdraw-on-a-timetable Democrats in positions of prominence that it will not only seem to be a victory for our enemies, it will be one.

Unfortunately, the opposite is not the case -- if the Republican Party remains in control of both houses of Congress there is no guarantee that the outcome of the present war will be favorable for us or anyone else.

But at least there will be a chance.

Read it all, Folks! And VOTE!

UPDATE II: As I commented at Sister Toldjah,

I voted! It wasn’t anywhere close to being as busy as it was in the 2004 General Election. But there was a line. Only the third time in the last decade I can recall waiting in line.

As always, I thanked the Poll workers as I left - they do a good job and they work a very long day.

ID security was hightened in Pinellas County. I have a mailing address I’ve used for nearly 20 years. My Voter Registration card shows my home address. I had to go to an Election Clerk to get okayed. That was a first. I didn’t mind. She called up the chain of command until somebody said I was okay. Must have seen my voting record, huh?

Also, this time the election machines were turned around so the voter faced the hall. Before, when you stepped up to the machine, your back was to the hall and the people. More security? Dunno.

Have you ever noticed that when you get into a "heated discussion" with someone who is your political opposite when you ask them, "well, who did you vote for in ..." they admit they've never voted?! I can't tell you the number of times that's happened! It always amazes me that the loudest complainers don't even vote!

Which way are we supposed to vote to support the troops, (D) or (R)? I forget...

Yes, today's the day. I voted early, and straight Republican.

You are right about people who don't bother to vote. They really don't deserve to be considered Americans. I'm with you 100%!

It won't be long now before we know how this all turns out. I'll be there are a lot of prayers being made today.

I'll be heading out there in just a few...

It's simply amazing how many don't or won't vote. I chewed my moms rearend the other day when she said she didn't; I was shocked! After all she raised a former Marine that stayed on the edge of her nerves while I was in Desert Storm.

She felt pretty bad after the history lesson of this country I gave. Said she'll register to vote for the next one.

I know she will. I'm taking her to the court house. ;)

thanks for the cheerleading Benning!..lots of pple seem to voting!.lets pray!

I'll be at the polls as soon as the hubby gets home! My secret strategy is to go during dinnertime. NO LINE. LOL!

Oh, and you're right, Benning:

He who does not vote, may not whine!