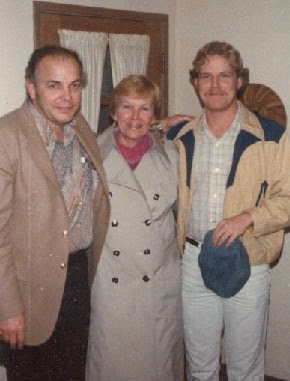 In 1973 my Father died in a rather pointless car accident - broad sided by another car - and left me, then 17-years-old, feeling somewhat adrift. Within two years, my Mother remarried. The new husband was a man I knew, a friend of the family - both families were politically active - who also was a part of the Boy Scout Troop I had once belonged to. He was a divorced father of four who was now stepping into a family of three children. Well, one child and two late teenagers. It was not an easy task, and I confess I made it very difficult. I am, as I have always been, a wise-ass. And Walt never had the chance to ease into getting to know me.

So he entered our family, hurt and perhaps angry at the loss of our Father, unaware, I think, of just how much trouble he had gotten himself into. And yet, he didn't murder me in my sleep, slap the snot out of me, nor treat me like the whiny, superior, wise-cracking smart-ass I was. And remain to this day. And he turned out to be every bit as supportive as any Father could be.

Over the years we've come to an understanding and have become friends, I hope. And he's managed to love my mother - a very difficult, demanding, loving, pain-in-the-ass woman, from whom I got every Wise-cracking, Class Clown gene I possess - for many years. My Step-Father is a first-class Father, and one world-class man. And I dedicate this Father's Day post to him. Happy Father's Day, Walter!

When Did We First Celebrate Father's Day?

In Fairmont, West Virginia, June 5th 1908, it was first celebrated as a church service at Williams Memorial Methodist Episcopal Church South, now known as Central United Methodist Church. Grace Golden Clayton, perhaps inspired to celebrate fathers after the deadly mine explosion in nearby Monongah the prior December, is believed to have suggested the service to the pastor.

However, that same year of 1908, across the country in Spokane, Washington, Mrs. Sonora Smart Dodd, daughter of Civil War veteran William Jackson Smart, inspired by Anna Jarvis's efforts to establish Mother's Day, began her own push to establish a day to celebrate Fathers. Initially suggesting June 5, the anniversary of her father's death, Mrs. Dodd did not provide the organizers with enough time to make arrangements, and the celebration was deferred to the third Sunday of June. The first June Father's Day was celebrated on June 19, 1910, in Spokane, WA, at the Spokane YMCA. And Mrs. Dodd was on her way.

Sonora Smart Dodd wanted a special day to honor her father, William Smart. Smart, who was a Civil War veteran, was widowed when his wife died while giving birth to their sixth child. Mr. Smart was left to raise the newborn and his other five children by himself on a rural farm in eastern Washington state.

After Mrs. Dodd became an adult she realized the selflessness her father had shown in raising his children as a single parent. It was her father that made all the parental sacrifices and was, in the eyes of his daughter, a courageous, selfless, and loving man. 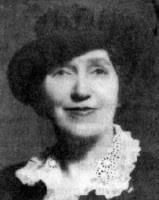 About Sonora Dodd, Wikipedia has this to say:

Sonora Louise Smart was born in Jenny Lind, Sebastian County, Arkansas in 1882 to farmer William Jackson Smart (1842-1919) and his wife Ellen Victoria Cheek Smart (1851-1898). William Smart was a member of The First Arkansas Light Artillery and fought in the 1862 Battle of Pea Ridge during the Civil War. The Smart family moved West and finally settled near Spokane, Washington.

When Sonora was 16, her mother died in childbirth with her sixth child. Sonora was the only daughter and shared with her father William in the raising of her younger brothers, including her new infant brother Marshall. Sonora Smart married John Bruce Dodd (1870-1945) and had a son, Jack Dodd, born in 1909.

Sonora Smart held her father in great esteem. While hearing a church sermon about the newly recognized Mother's Day, Sonora felt strongly that Fatherhood needed recognition as well. She approached the Spokane Ministerial Alliance and suggested her own father's birthday of June 5 as the day of honor for fathers. The Alliance chose the third Sunday in June instead.

Unofficial support from such figures as William Jennings Bryan was immediate and widespread. President Woodrow Wilson was personally feted by his family in 1916. President Calvin Coolidge recommended it as a national holiday in 1924. In 1966, President Lyndon Johnson made Father's Day a holiday to be celebrated on the third Sunday of June. The holiday was not officially recognized until 1972, during the presidency of Richard Nixon.

Sonora Smart Dodd was honored at the World's Fair in Spokane, Washington in 1974. Sonora Louise Smart Dodd died in 1978 at the age of ninety-six. She was buried in Greenwood Memorial Terrace, Spokane Washington.

I think her father would have been quite proud of his daughter’s achievements. And we owe Father’s Day to her.
Posted by benning at 12:31 AM

Well Ben,
I must say, your blog is impressive AND informative! You shed a window of light from the depths of your soul for all of us to behold. Loved the Father's Day post!

You know, joni from jonismuse.blogspot.com??? lol ;-)

Having almost lost my father this year I appreciate him alot more.

I try to avoid taking my father for granted.

Like you, my dad died when I was a teen and, also like you, I was lucky enough to have a good stepfather - a family friend whom I had known since I was a toddler.

What a wonderful post; you were truly blessed to have such a stepfather!

Thanks, too, for the history!

Benning,
Off topic....I just sent you an email.

Interesting information about Father's Day and about you as well, Benning.