Down Memory Lane with ELAshley 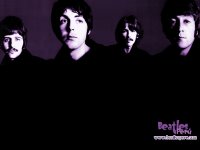 ELAshley's 910th post is, aptly enough, a YouTube video of the Beatles performing "One After 909" (get it? 910 is one after 909! Get it? Well I was slow on the uptake!), during their fabled Rooftop Concert. ELA's posting whimsey is refreshing! And watching the video brought back some wonderful memories. Remember, as you watch that video - yes, I do expect you to follow the link and enjoy it there! - that the song was written some time before anyone had ever heard of the Beatles. So it's an old song, one that had never hit a Beatles album, and these five (Billy Preston on keyboards!) Rockers make it sound fresh and exciting.

Below you'll find, from that same Rooftop Concert, the final song performed that day. The quality is not as good as it is on the Phil Spector-produced album of "Let It Be". But listen carefully at the end, as the guitars are taken off their shoulders, to what John Lennon says into the microphone. Also, be aware that, as they began this song, the Bobbies had shut off George Harrison's amp. Watch how he handles this. By now the Beatles were old hands at handling problems "onstage".

In the mid-1970s, the TLA Cinema in downtown Philadelphia aired the film, "Let It Be", and I saw it twice. First with some school chums, second with a beautiful young lady I was dating (she was also a Beatles-phile, as I am). Since I was smoking in those days, I carried in my pocket a lighter. At the opening of the film, as each Beatle would cross the screen for the first time, the moviegoers would hold up flickering lighters. A tribute, I suppose. And I did it, too.

Ahhh, memories of innocent days, long gone, but not forgotten. I wish I could find an affordable DVD of the film. But that seems impossible. So for now I will go to YouTube for my Beatles fixes.

Hey Benning,,back from skiing in one piece..LOL..ty for the wonderful comments at my site and this walk down memory lane!

Benning, your website is not looking right for firefox users. Here's what I'm seeing. Sorry it's so shrunken, and I hope you can see what I mean.

Angel: Glad you made it back. Have fun?

Camo: I'm surprised the old gal is still there!

Kevin: I know it shows poorly on Firefox. I don't have a clue why, or even what to do. But I'll see if a few < br > after the sidebar images will help. Maybe some width tinkering in the template.

Cool, you fixed it. Thanks much!