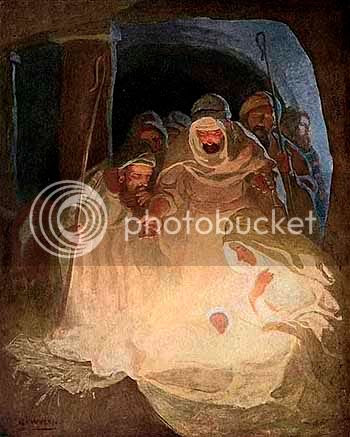 "It was, then, not a dream. This was the sign unto them."

If you have ever read, seen, or owned a children's book from the early to mid-twentieth century, you may well have see the illustrations of N.C.Wyeth. Known these days primarily for having sired Andrew, and Henriette Wyeth, and the grandfather of Jamie Wyeth, Newell Convers Wyeth was one of the giants of American Illustrators. His work has been copied by many illustrators over the years. I would guess you may even get the sense of deja vu at times, when seeing some comic book illusrations. For they bear the imprint of Wyeth's style. As a student of Howard Pyle, Wyeth, then, was continuing a tradition. He passed on his skills to the next generation, too. 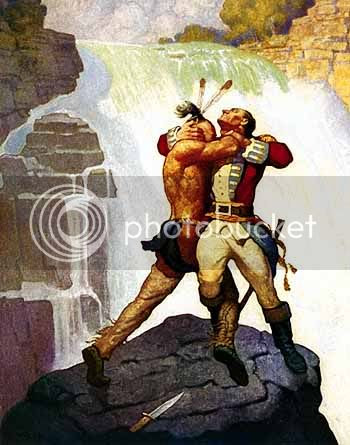 Granted, his work seldom reaches the beauty of Parrish, or Bouguereau. Yet there is an honesty in it, a reality that makes for compelling viewing. His illustrations are adventurous. His Ads whimsical, and enjoyable. His work was in demand by the most important companies, much like Maxfield Parrish's was.

Wyeth's art is still in demand. And as it is understood buy those who see it, and buy it, it is truly Fine Art in every sense of the phrase.

Now, what do you think of his art? Be honest. 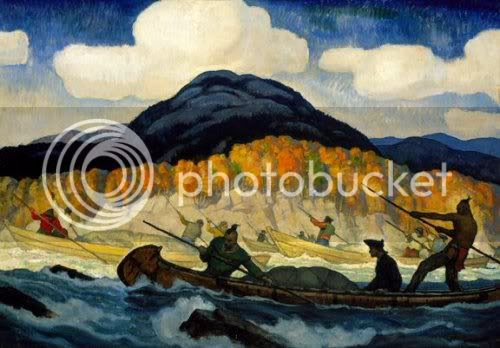 I love it. I have "The Yearling" illustrated by him. We also have two framed posters of his at my dad's place in Tahoe.

By the way, I put up a picture of the house Kinkade used for Victorian Christmas I yesterday...if you are interested.

I found a copy of that cover online, but I went with "The Stable of the Inn". Those folks were true Illustrators back then.

Saw the painting and the photo of the house. Nice! How many houses in the area did Kinkade use for his paintings?

Yes, this is really good stuff. And I agree... Last of the Mohicans is definitely very 'comic book' stylized. Having grown up on comic books, I think it's terrific. And yet, it's so much more detailed and refined than any comic book ever was. I like it!

And I don't think Stan Lee or the others ever did an Oil Painting as the basis of an illustration.

I confess: I had the first Silver Surfer. My mother - sure enough! - threw it out long ago! LOL

Do you remember the Illustrated Classics?