"All Fame Is Fleeting"

I’m nobody of any real importance. I hope that the time will come when my writing affords me a small measure of fame (notice that word is not capitalized!), as well as enough money to pay off my creditors. But I have no true ambition to be famous. Not in the way of, say, Stephen King, or Arthur C. Clarke. Success is something I think most of us strive for. But Fame?

These days it seems there are an awful lot of famous people out there. People famous for nothing of importance. They aren’t famous for winning great battles in War, or saving many lives, or inventing some great device that moves human progress forward.

These famous people are not modern versions of Thomas Edison. We have no new Alexander Graham Bell before us. Leonardo DaVinci is merely a name referred to in a popular novel.

No, what we now have are people famous for being, well, famous! Their claim to fame would seem to be being in the news. After all, if you have seen Paris Hilton on television – in that odd series she made with Nicole Ritchie – you know she isn’t an actress. There’s no talent there. She’s not particularly attractive, unless you are into the starving model look, and her voice is non-descript at best! There’s nothing there! So, why is this female famous? Well, that’s part of the problem, Folks. 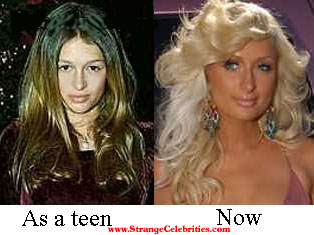 So, for the wonderful accomplishment of giving a blow job, Miss Hilton is followed and photographed, and touted, and …. Sigh

Look, there’s nothing wrong with a little fame, on a local stage, for little things. But there’s no need, or call, for the kind of screeching fame that seems to be handed out to the dumbest, ugliest, nastiest people on the face of the earth. Are actors really that important in your life?

Is Representative Sukdollahs really the person you want to emulate? Does Senator Windbag actually have something important to show you? As leaders, are they leading, or following the opinion polls and following from ahead? Are they famous for winning a political race? Does their fame consist of being loud, obnoxious, and unacquainted with any form of truth? Is that all there is to them? 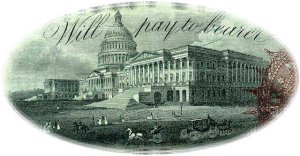 Sadly, that’s about all there is to most any politician. They say what they must to get elected, then re-elected in perpetuity. They are seekers of adulation and money. Fame draws them like a red-neck epithet draws Jesse Jackson. They are not only not worthy of our support, in almost every case, but they do not deserve even the most fleeting of Fame. Yet, Fame they have.

The MSM feeds them. Dazzling photos, and breathless interviews that reveal nothing so much as their very emptiness, are fed by the MSM to a waiting audience. And that audience – you and I, Folks! – are eager to pay for the latest garbage of a magazine. We eagerly tune in to the TV for our latest episode of “Inside Edition” or “Hard Copy” or whatever is showing us the Celebrities. Celebrities who do nothing, say nothing, are nothing. Celebrities who are famous for so very little.

Fame is fleeting, or so it used to be. Now, Fame is devoid of meaning. Fame is actually empty. Because we have made it, and allowed it to become, meaningless. Thus, the brave individuals who entered the burning WTC towers, on 9/11/01, are pretty much faceless to us, though they should be famous. As a group we give lip-service to their selfless sacrifice. As individuals, we don’t know them, remember them, or care about them. Just ask the local reporter for the names of five firefighters who died in Tower Two. Hell, ask for one name.

Can anybody remember Richard Nixon’s running-mate in the 1960 Presidential election? I can, and I was five-years-old at the time. Anyone? 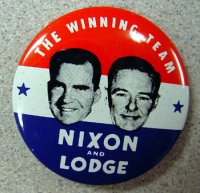 How about Barry Goldwater’s running-mate? No? Those running mates were both important men. Famous in their own right as public servants. 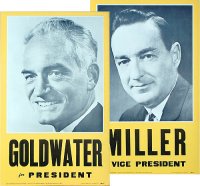 Can you name Bill Clinton’s first Secretary of Defense?

How quickly Fame is gone, in this cynical, empty age. And most Fame today is for nothing, Folks. Nothing at all.

And me? I’m nobody of any real importance. I'm sure not famous. Not at all, not for anything. I’m just me. Nice to meetcha!
Posted by benning at 11:33 AM

At least if an when u get famous it will b because of something of quality u contributed to this crazy world benning..and guess what..I get to say..I knew him when!...lolz

Yeah, and we'll both dine at Arby's, 'cause that's what I will be able to afford! LOL